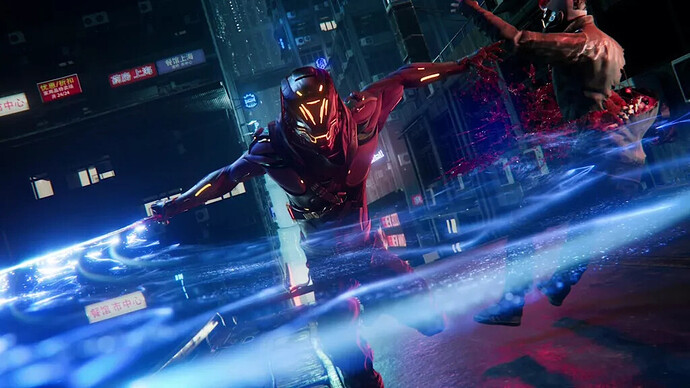 image1024×576 146 KB
One More Level’s dystopian parkour 'em up is getting a sequel, publisher 505 Games announced earlier this week.

A kind of Mirror’s Edge with swords and dismemberment, Ghostrunner sets you loose in a grim neon city full of goons to murder and walls to run along, framed by an entirely serviceable cyberpunk story. One hit will kill you, so you’ll be using your free-running skills to dodge bullets and close the distance with your targets. It’s brutal, in the best way.

“Ghostrunner wants to make you feel like a cybernetically enhanced badass, and it achieves this almost all the time with great style,” Luke Kemp said in our Ghostrunner review. “It’s tough, fair, and fun.”
505 had already teased a year of extra Ghostrunner content, including cosmetic DLC, new game modes and a photo mode to capture your flashiest kills. The game has already been gifted an extra tough hardcore mode for folks who somehow found the base game a little too forgiving.
But it’s nice to hear we’ll be getting some brand new cities to sprint and slaughter our way through, even if we don’t know much more right now. Ghostrunner 2 has been confirmed for PC and next-gen consoles—and while 505 isn’t quite ready to say when, we wouldn’t expect it any earlier than next year.

News comes from Johnny Mnemonic's Cyber-Dolphin Is Still the Apex of Cyberpunk.