Netflix’s Altered Carbon is a show that tries to match its substance with lots of style. Taking inspiration from the cyberpunk genre, most notably Blade Runner , the series intertwines wealth, poverty, and technology to represent a universe where death is meaningless. We have a first look inside Netflix’s official artbook that shows the style, substance, and tech behind Altered Carbon .

Here’s a peek at six photos and development stills from seasons one and two of the series, along with the book cover: 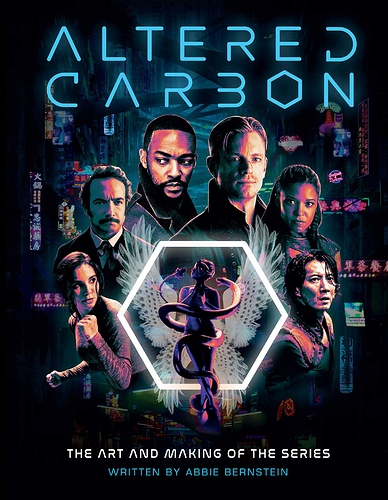 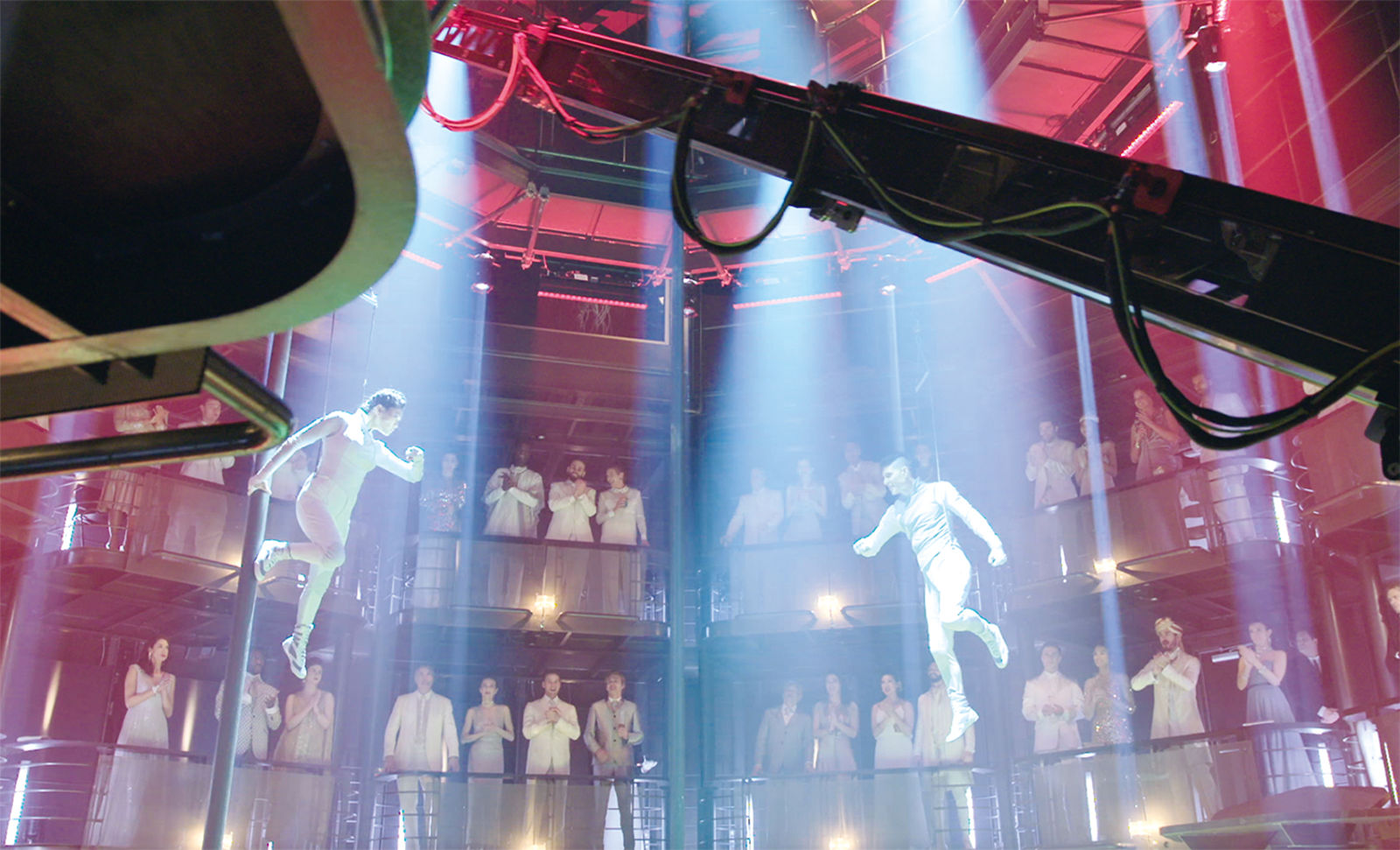 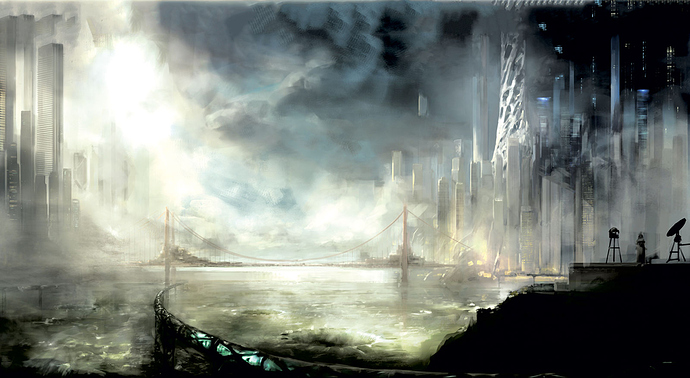 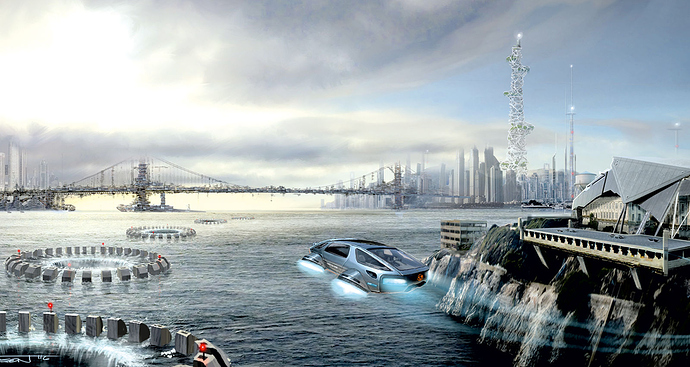 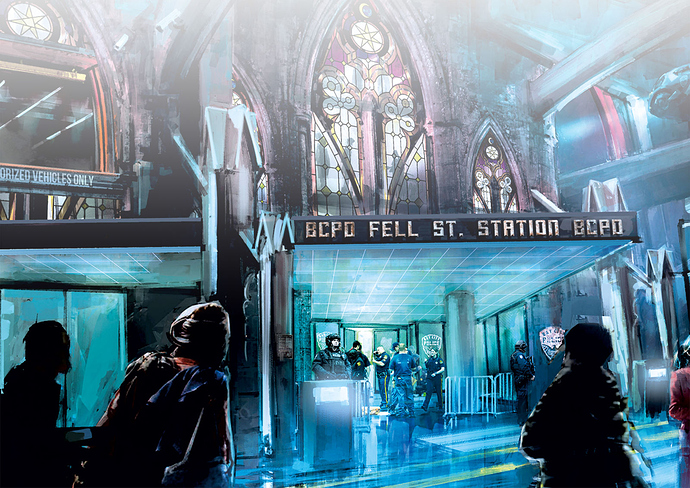 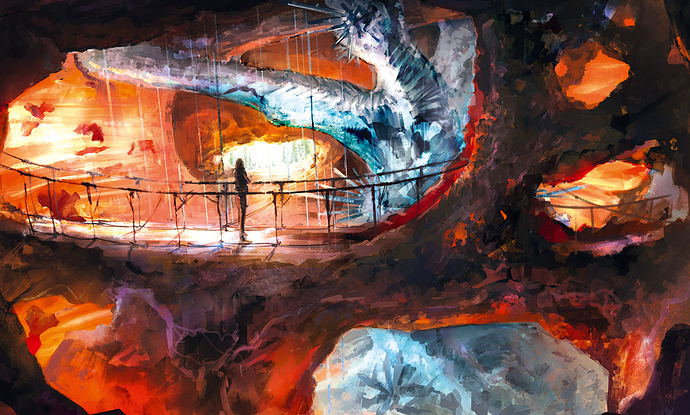 The book also features interviews with the cast and crew about the creation and philosophy of the series. The book’s introduction, shared below, dives into the complexities behind adapting Morgan’s book for television and what the cast thinks is the underlying moral message of Altered Carbon . You can read it in an exclusive preview below:

The Netflix series Altered Carbon , produced by Skydance Television, is based on a trilogy of novels by English author Richard K. Morgan. The first book, published in 2002, shares its title and storyline with the first season.

Season two show runner Alison Schapker adds, “We have taken creative license, but we have tried to stay true to the spirit of the universe he created.”

For Schapker, that spirit “calls into question the nature of human identity itself. How much of what makes me ‘me’ is tied to the mind, the body, the soul? If minds can move between bodies, what residue of lived experience remains etched in our flesh? And what does it mean to inhabit the flesh of another?”

“From the beginning, everyone at Skydance was instantly intrigued by the world Richard K. Morgan had built in the book series and knew Altered Carbon would make for a gripping television series. There are so many layers to Altered Carbon that make it so compelling, especially for us as a studio: it’s an epic story spanning massive worlds. It’s action-packed and thought provoking and – at its heart – it’s a love story. At Skydance, especially with our films, we’re known for big world building, event-level movies; we’re excited to be able to bring the same engaging stories and high-quality visuals to television with Altered Carbon .”

In translating Altered Carbon from a novel to ten episodes for the first season, Kalogridis relates, there were a number of issues. “The mythology is pretty complex. Also, I think we forget sometimes how much just in our lifetime technology has transformed in things that fifteen years ago, we would not really have considered as being normative – Google, the Internet. That’s a part of what makes it challenging to create a world where there’s a whole new technology that’s upended everything in a much bigger way than the Internet has upended everything. It’s a matter of course you don’t really explain it. We’re world-building around an idea that, even though it’s simple at its heart, brings with it a great deal of complexity in how it’s used.”

Middleton says he doesn’t know where to begin describing what he loves about Altered Carbon . “Richard K. Morgan’s books are very involving, entertaining stories, with big existential ideas. As for our adaptation of Altered Carbon , I am particularly fond of the mixture of sci-fi and film noir. I like that we are able to tell stories that are very adult, provocative, and unabashed. I have loved dealing with our cast and very talented writers, from Laeta Kalogridis, to Steve Blackman, to Alison Schapker. Finally, I am drawn to the fact that, at its core, Altered Carbon is about how individuals deal with intense loss, whether it is the loss of an intense love, or of one’s very humanity. Dealing with loss is something that everyone faces, which makes our story very relatable. I think it is unique in its approach to examining existential ideas, such as what makes us human, and, also, the question of if love can survive over centuries, no matter what body we inhabit.”

Chris Conner, who plays the artificial intelligence being Poe, says he sees Altered Carbon as being about “the struggle to be human, the fight to hold onto our better angels. If we don’t fight our inner demons, we could end up in a dystopia. But love and humanity will hopefully crack through.”

Simone Missick, who plays bounty hunter Trepp in season two, is likewise African-American. She observes, “I don’t think very often you see three African-American lead actors in an action series and also to have Will Yun Lee [as Kovacs Prime], Dina Shihabi [as the AI Dig 301], [and] Chris Conner – it’s a very rich, inclusive cast. I think it’s very exciting to see Renée and I onscreen together. It’s two women who are both equally strong, but have completely different needs and wants and desires and outlooks and moral codes that aren’t necessarily ones that, in our bodies, are often given to us as actors.”

Then there are characters who wind up in sleeves that don’t match their identities. For example, when Ava Elliot’s stack is released from her prison sentence, the only available body is male. Director Peter Hoar, who helmed the last two episodes of season one, says, “It’s effectively a lesson in transgender. What does it mean, if you can change bodies like this? It was like, okay, you may be wearing this body, but the person inside is still Ava. She identifies as ‘she,’ so we should call her ‘she’.”

Production designer Carey Meyer cites the original Blade Runner as an inspiration for Altered Carbon ’s season one look. Meyer devised the primary street set for Bay City as something that would anchor the essence of the show’s world. “In the early stages for creating the look of the show, the conversations with the producers were about creating the three levels of [Bay City], because that tells you a lot about how your social structure works. We spent a lot of time creating Bancroft’s tower, and then the Grounder city base level, and then we would [create] the spaces in between from the top down to the ground. Richard K. Morgan has a unique and probably quite realistic take on what might happen in the future. A lot of it is right around the corner.”

Kalogridis says of Altered Carbon ’s journey to the screen, “It has so many layers and so many technological challenges that there’s a reason it took years. But getting to explore something that is complex as a technological and an intellectual idea, while making the story human, that’s a huge victory.”

Excerpted from Altered Carbon: The Art and Making of the Series . © 2020 Published by Titan Books, March 31, 2020. All Rights Reserved.

Altered Carbon: The Art and Making of the Series is out March 31, and you can pre-order a copy here. 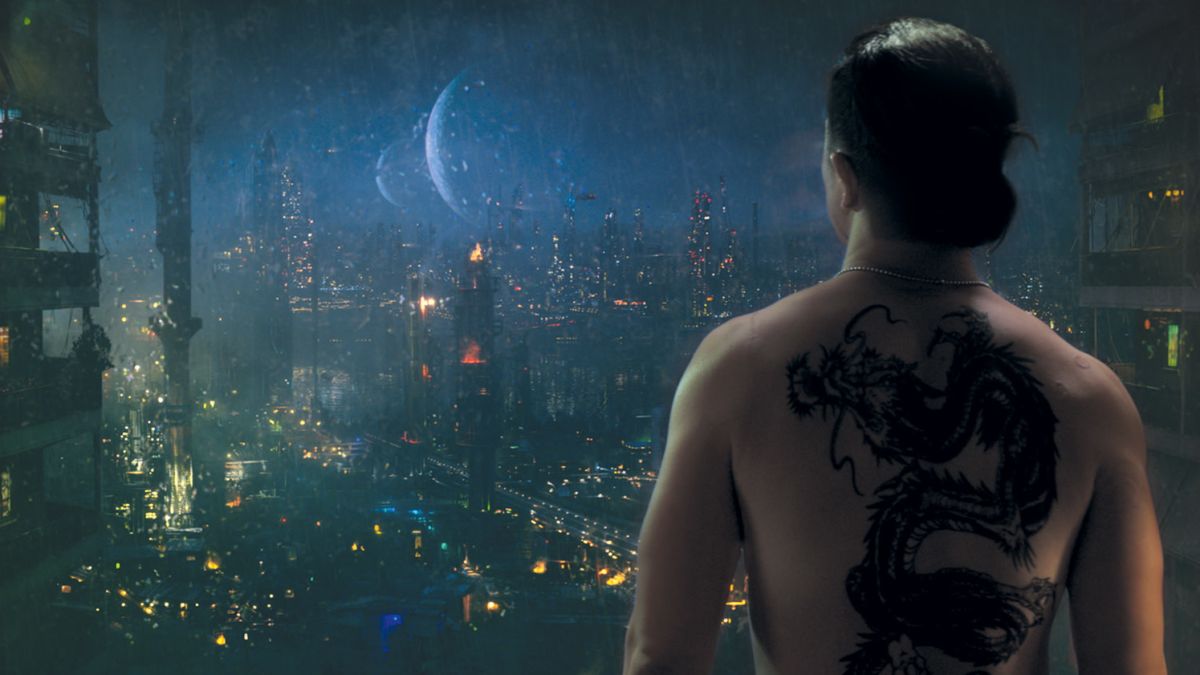 Netflix’s Altered Carbon is a show that tries to match its substance with lots of style. Taking inspiration from the cyberpunk genre, most notably Blade Runner, the series intertwines wealth, poverty, and technology to represent a universe where...

I enjoyed season 1, but so far I’m LOVING season 2. So much so that I’m forcing myself not to watch more than one episode every few days.

Season 1 is best for me, but season 2 is also good.

Good story and very mature work! I like the story and the background behind this. Thank you for your sharing and looking forward to your update.

Thank you so much for your comment, I’ll try my best to share and let everyone here to have more works to watch.

I think there are lots of great works with Netflix. And the story you share with us here is also a good one. Maybe someday it would be shoot as a new film.

The use of sub-elements in this work is very rich and connotative. I look forward to seeing more works from the author.

This man’s back is very strong, the tattoo on his back is like a lifelike dragon. He looks at the bright moon and doesn’t know what he is missing.

Many characters in cyberpunk city tend to be dramatic and abstract.A man ,for example,is generally strong and muscular,which always attracts many gamers.

Your design is worthy of being appreciated.It is not more than a brass copper,but a symbol of wisdom and intelligence.

I like this figure, it is very characteristic, it looks strong, I look forward to your new works and more creative works.

Nice work!After I read this article, I am also a big fan of cyberpunk, and I continually strive to learn something about cyberpunk. I like your work.

I love the night scene. It’s beautiful and prosperous. The picture taken from this angle is very impressive. The author is very cool.