At the time of writing, the pricing of the new series remained unknown, but the series is expected to debut next week, on July 14th to be precise. 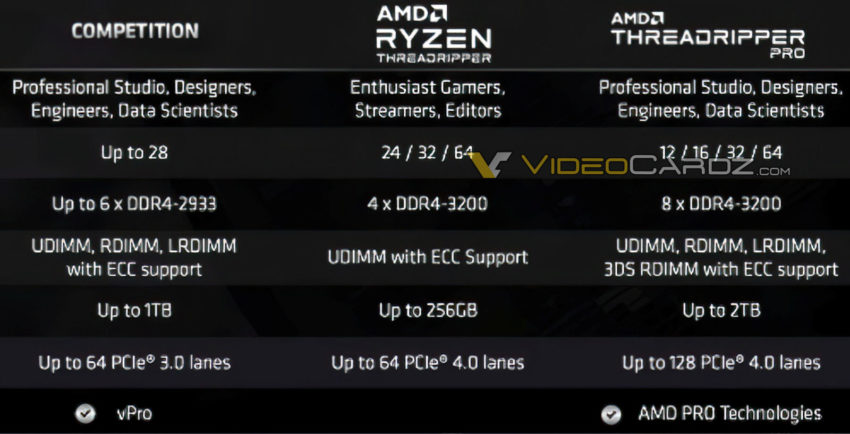 Finally! It’s really a good product, and a good news for gamers. Hope its price will acceptable for users. We will see…

Thanks for sharing the information. It looks like Threadripper Pro 3000 outperforms the consumer series in many of its features.

The launch of Ryzen Threadripper PRO will undoubtedly benefit consumers, and hope that the price announced tomorrow will satisfy the public.

Thanks for the sharing! Really expect the good products come out and get the fantastic performance. Also wish the price could be more acceptable.

Can’t wait to have it. The AMD PRO gotta be the best for us data processors. Really dont care about the price LOL……