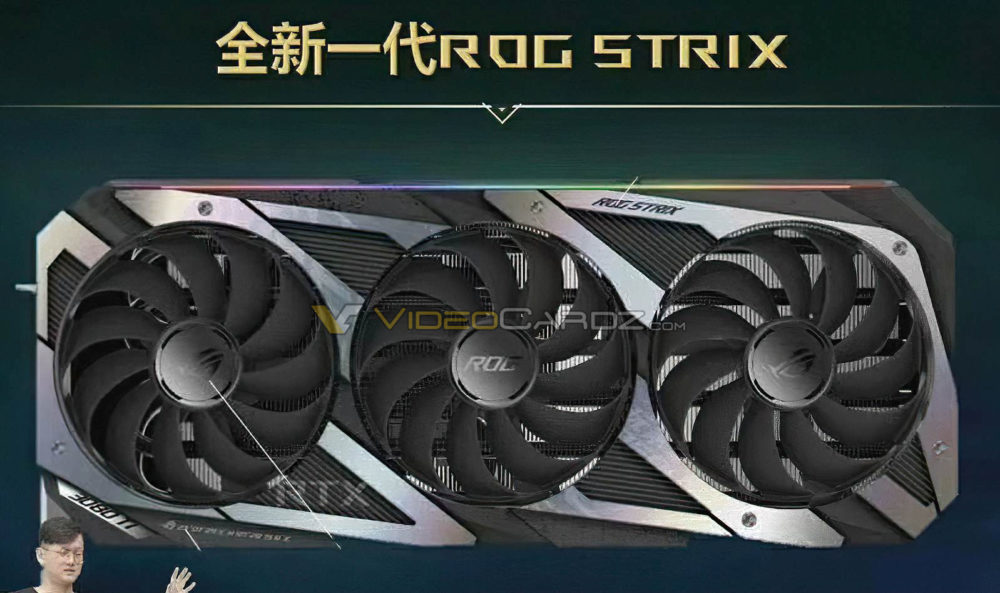 Is this the upcoming GeForce RTX 3080 Ti from ASUS? We are not sure. The picture (which originally was much lower resolution) shows a new model featuring ROG STRIX branding and a 3080 Ti label. The title of the slide says “next-generation ROG STRIX”.

We believe the picture is from ASUS’s internal meeting discussing new designs for the upcoming Ampere-based graphics cards from NVIDIA. The card would feature a triple-fan design. The card looks a lot different from the current-gen RTX 2080 Ti mode. ASUS allegedly decided to combine black and silver design.

Unless NVIDIA is planning a much bigger high-end GPU lineup than before, the 3080 Ti label would indicate that RTX 3090 rumors are not true, as the next-generation enthusiast model would retain the same naming scheme as Turing series.

It’s being upgraded too fast