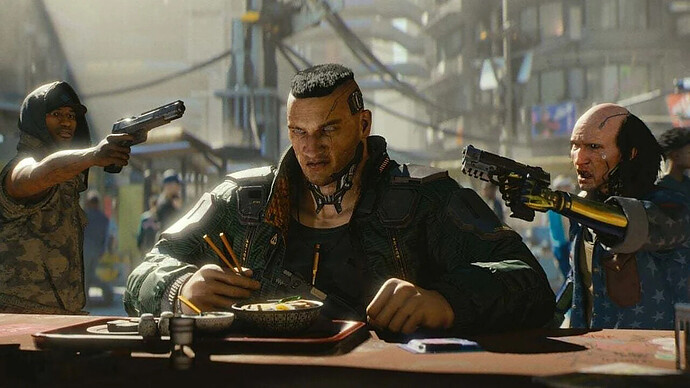 The internal glitch reel, known as ‘Cyber ElBuggado 2020’, appears to have been created just a few months before the game officially launched in December 2020. The videos, re-uploaded by Redditor takemedds341234123, outline various glitches and bugs still existing in the game ahead of launch — lending credence to lawsuits which allege developer CD Projekt Red was aware of the game’s semi-broken state before release.

In the videos (which, as of writing, are still live) you can see various issues detailed, including motorcycles not responding to physics, Jackie doing a strange bunnyhop, an NPC appearing nude and headless, phantom motorcycles, T-posing guards, ridiculous bouncing physics, a NSFW scene of an NPC peeing on another and plenty of horrifying facial glitches.

It also includes memes with phrases like “Wake the frick up, derp. We’ve got a potato to burn” interposed with slick trailer footage. 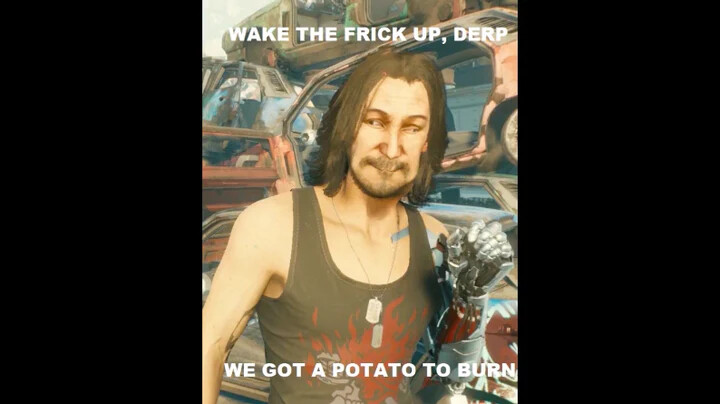 image720×404 52.4 KB
Tonally, it’s actually quite similar to CD Projekt Red’s 2017 ‘behind the scenes’ Witcher III trailer, which showed the developers blowing off a bit of steam while working on the game.

As reported by Forbes, Slava Lukyanenka, CD Projekt Red producer, responded to a tweet about the Cyberpunk 2077 glitch reel with: “This video is a fun composition of bug materials collected by QA and developers through years of development.” While the tweet has since been deleted, it does provide a logical explanation for the video.

But beyond being a good reel for QA analysis, it also reveals a willingness on the part of CD Projekt Red to make fun of its own work and the challenges it faced while creating the game.

Cyberpunk 2077 had an unfortunate and rocky development cycle hampered by frequent delays and fan complaints. On release, it was obvious the game needed more time to iron out the glitches shown off in the reels, but CDPR was stuck in a difficult place between fan demands and Cyberpunk 2077‘s long-gestating release.

It should go without saying, but games development is hard. In the case of Cyberpunk 2077, developers were also suffering the impacts of long-term crunch. Sometimes, the best thing you can do in tough situations is have a laugh, and it’s clear whoever put this video together was having a great time.

While some will begrudge the appearance of this reel in a time when the game is still riddled with glitches, particularly on last gen consoles, it’s an important reminder that we shouldn’t take everything so seriously. Yes, the launch of Cyberpunk 2077 was a mess, and continues to be, but we could all do with a bit of a laugh.

You can check out more of ‘Cyber ElBuggado 2020’ via this Reddit thread.