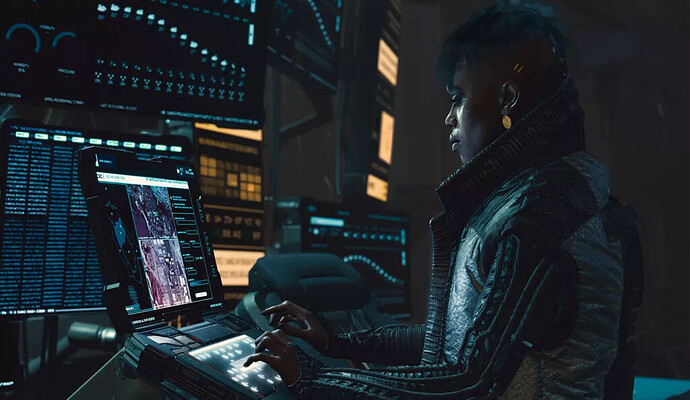 Speaking to Eurogamer, modder romulus_is_here said the files appeared after the massive 1.2 patch. Cyberpunk’s main quests are usually split into three categories—prologue, part one and epilogue—which are numbered from q000 to q204. But there are now some quests numbered q301, outside of the usual scope.

Romulus_is_here says that the quests, named ‘story-ep1’ in the files, could point towards the game’s “very first large story-based DLC.” While around five files related to ‘ep1’ have been in the game since launch, there are now 220 files found since the 1.2 patch.
Not all of the files appear to be fully fleshed out yet, with some only containing placeholder text. There’s mention of new characters though, like a quest character called Wagner and another centering around a character called Anthony Anderson. A new group called the Kurtz Militia is also mentioned in a quest involving a hostage situation.
If this is for an upcoming DLC, romulus_is_here said he believes “the majority of the street stories introduced in episode one will centre around Pacifica.” Looking at the files, it makes sense. A new location, Newcomers Haven, sees Pacifica’s fixer Mr. Hands giving out the quests.

Of course, it’s all just speculation until CD Projekt Red makes an announcement. It’ll probably be a while, too. Patch 1.2 was massive, with nearly 500 bug fixes for PC, but there’s still work to be done. It’s possible the street stories could be coming as part of the previously announced free DLC, but the size of it suggests it might be a paid expansion.

CDPR released a hotfix for Cyberpunk earlier this week that stops those pesky cops from teleporting behind you during roof crimes, along with a bundle of other small tweaks.