Cyberpunk 2077 Delay Was Kept From Most Of The Team, Studio Says (Update)

A tumultuous 24 hours after CD Projekt Red announced Cyberpunk 2077 would be delayed for a third time, the studio has confirmed reports that most of the game’s developers were unaware of the decision before the news broke, stating the reason for the secrecy had to do with Polish stock market regulations.

“In a nutshell, early, the unplanned release of this information could have potentially led to market abuse and manipulation of CD PROJEKT’s stock price on the WSE,” the studio told investors shortly after the delay announcement, according to a copy of the remarks shared in a statement to Game Informer. “Therefore, due to the aforementioned regulations, the information on postponement of Cyberpunk 2077‘s release date couldn’t have been shared with all of the Group’s employees before the current report was filed and made public.”

The news that Cyberpunk 2077 would come out three weeks later than originally planned in order to prepare a day-one patch came as a surprise, in part because the game’s Twitter account had stated only a day earlier that the game’s release wouldn’t be delayed again (it was originally set to come out in April, was later shifted to September, and then moved to November).

Shortly after the announcement, former Kotaku editor Jason Schreier reported on Twitter that most of the game’s developers found out at the same time as everyone else via an internal company-wide email that blamed the secrecy in the lead-up to the news on stock regulations. Game Informer writes that, according to one developer who wished to remain anonymous, “about 90 per cent of the studio didn’t know about” the delay ahead of time, and the decision came as a surprise.

One thing that’s still unclear is where the new delay leaves the game’s team, who has been crunching officially since late September, when studio head Adam Bodowski announced six-day work weeks until Cyberpunk 2077’s release. The studio had previously claimed multiple times that Cyberpunk 2077 wouldn’t involve crunch. CD Projekt Red did not respond to a request for comment about whether September’s mandate has also been extended by three weeks, let alone the weeks and months following launch in which modern blockbuster games are expected to push out further updates. Cyberpunk 2077’s next-gen upgrade, for instance, is still due out some time early next year.

None of this stopped some people online from harassing developers over the delay. “I understand you’re feeling angry, disappointed and want to voice your opinion about it,” senior game designer Andrzej Zawadzki wrote on Twitter yesterday. “However, sending death threats to the developers is absolutely unacceptable and just wrong. We are people, just like you.” Today he shared a screenshot of one example of those death threats, which read in part, “I will burn you alive if you don’t release the game.” Many other fans took to the comments of the announcement post to complain about pre-ordering the game or taking time off work for its release.

It’s a testament to the bizarre and often twisted relationship studios have to the people who play their games that a brief delay can drum up so much hate among certain parts of their fanbase. It also puts the developers, who are at the centre of making big budget games with unrealistic expectations, in an impossible situation: asked to live up to over-the-top marketing campaigns, forced by their bosses to crunch, kept in the dark about delays, and then blamed by some toxic fans whenever something doesn’t go perfectly according to plan.

Update – 1:50 p.m. AEDT, 29/10: CD Projekt Red released the full remarks from a Tuesday Q&A with investors about Cyberpunk 2077‘s delay over on its website. Following a question about reports of crunch at the studio, co-CEO Adam Kiciński said, “Regarding crunch; actually, it’s not that bad – and never was.”

He went on to confirm hat mandatory overtime would “be extended a bit” as a result of the new release date:

Of course it’s a story that has been picked up by the media, and some people have been crunching heavily, but a large part of the team is not crunching at all since they have finished their work; it’s mostly about Q&A and engineers, programmers – but it’s not that heavy; of course, it will be extended a bit, but we have feedback from the team; they’re happy about the extra three weeks, so we don’t see any threats regarding crunch. 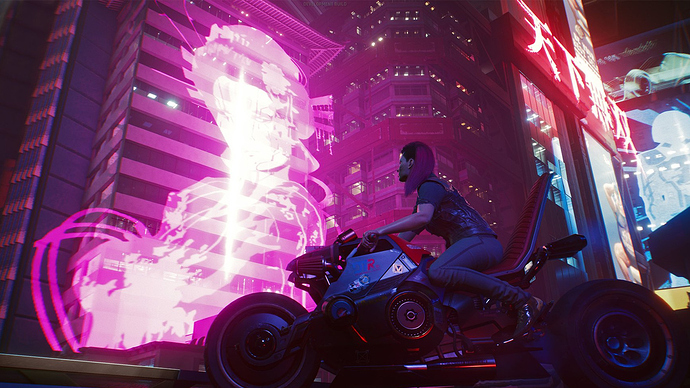 News comes from Cyberpunk 2077 Delay Was Kept From Most Of The Team, Studio Says (Update)