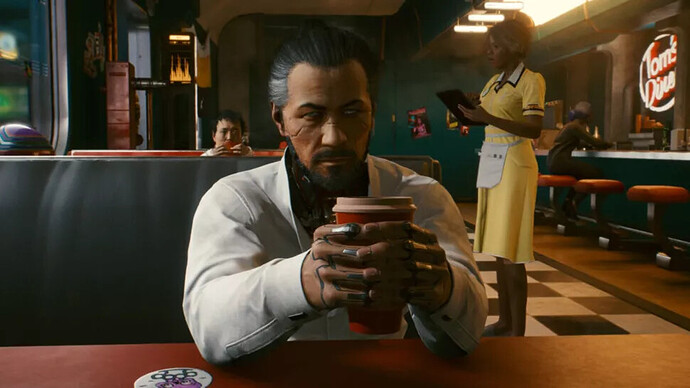 image970×546 102 KB
Cyberpunk 2077 hotfix 1.11 is now live on PC, consoles, and Stadia, which is especially good news for players hung up on the game-breaking holocall bug introduced in update 1.1.

The hotfix, following on from the recent Cyberpunk 2077 patch notes, also addresses some issues with item randomization, but the holocall bug is the focus. CD Projekt Red has no-doubt been rushing out a fix since this bug was discovered in the latest patch, as it’s totally blocked some players from progressing.

For those who were lucky enough to avoid this bug entirely, here’s a quick primer. During the Down on the Street quest near the start of the game, some players – namely anyone using a save file from version 1.06 of the game – would get soft-locked out of the game by a holocall with Goro Takemura. Before update 1.1, sometimes the holocall wouldn’t even start, but after the update the call would start without dialogue options. This stopped players from doing anything else since they couldn’t exit the call, hence today’s hotfix.

When you think of it that way, this is sort of a triple-patch situation: a bug that became another bug in a new patch has now hopefully been resolved with a hotfix. Hopefully the third time really is the charm here. Save soft-locks aside, I imagine Takemura is getting tired of people ghosting him.
News comes from https://www.gamesradar.com/cyberpunk-2077-fastest-cars-customise-free-car/