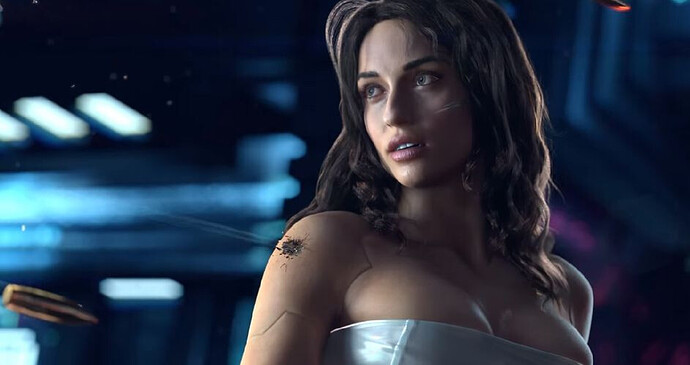 image943×500 60 KB
Cyberpunk 2077 is closing in on being one of the most ambitious games CD Projekt Red has ever made, and now they’re taking things a step further by touting it as their next blockbuster franchise. Video game developers, like film studios, are always looking for ways to turn their latest triple-A titles into an ongoing series with potentially multiple sequels and spinoffs. CD Projekt Red is no different; they just take a bit longer to develop their sequels.

CD Projekt Red is primarily known for developing The Witcher series - based on the novel series of the same name by Andrzej Sapkowski - which ended with The Witcher 3: Wild Hunt in 2015. Ever since then, they’ve refocused their attention towards Cyberpunk 2077, a game that was first announced way back in 2012. It’s somewhat of a follow-up to Mike Pondsmith’s original games, particularly Cyberpunk 2013 and Cyberpunk 2020. Since cyberpunk games haven’t been greatly explored by major studios, CD Projekt Red stands to turn their game into a groundbreaking new series.
Related: The Witcher Devs Should Get The Star Wars License

CD Projekt Red CEO Adam Kicinski said at the Pareto Securities Gaming Seminar last week that Cyberpunk 2077 is their next blockbuster franchise, one that will appeal to all gamers, not just traditional RPG players. Plus, Kicinski followed-up on past statements and referred to the game as their most ambitious project.

“Cyberpunk is our new Witcher 3, but even more ambitious. Our goal is to establish a new blockbuster franchise from the beginning. We work [in a] new universe, futuristic universe. We believe it’s very appealing to players, not only RPG players - but this is [a] true RPG, like Witcher, like Witcher 3, for mature audiences. It’s handcrafted, detailed, of course, open-world, with open-ended gameplay. Great game, more ambitious than Witcher 3, and we believe that we can aim [at] more ambitious business goals as well—of course, still having gamer-centric focus and quality focus as a main priority.”

image963×481 134 KB
Unfortunately, due to development of The Witcher 3 and the building of REDengine 3, much of the staff that had been working on Cyberpunk 2077 abandoned the title to work on other projects within the studio. But now that everything else is done, the studio is finally looking to bring the game to consumers around the world… several years after it was first unveiled to the public. At the moment, reports indicate that CD Projekt Red will debut a new trailer for Cyberpunk 2077 at E3 2018, while also making a version of the game available to play for expo attendees.

Considering that Cyberpunk 2077 has taken so many years to reach this point, it will presumably be several years before a sequel or spinoff is made. Of course, that’s if CD Projekt Red is sincere about turning the game into their next blockbuster series. Going based on the release schedule of the studio’s Witcher series, gamers should expect Cyberpunk installments to hit store shelves approximately every four years (if not longer).

More: Cyberpunk 2077: Every Update You Need To Know