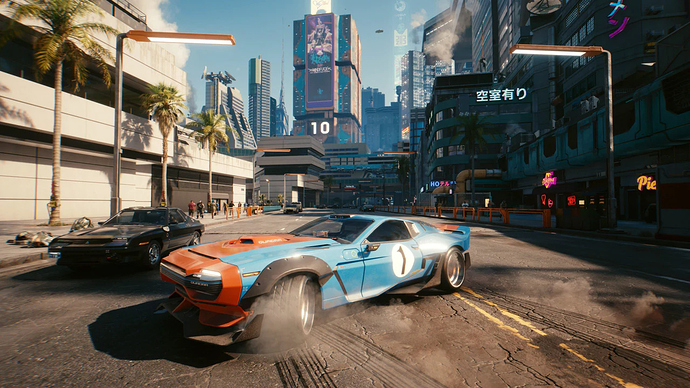 image1280×720 415 KB
Cyberpunk 2077 might have had a rocky launch in its first few weeks, but the game has accomplished one of the rarest feats for a video game in the Australian market, according to new data released today.

Along with factoring in total views, Google’s leaderboard also factors in things like time spent watching the ad, organic and paid views, and total time watched. It’s a useful tool for the advertising industry, but in this case, it’s also a very quick snapshot of just how big a drawcard Keanu Reeves can be.

Most years, the leaderboards are headlined by funning betting ads, Apple, car ads, telcos, funny ads for food, and so on. And this year largely followed most of the same trends. Snoop Dogg’s turnout for Menulog was the biggest Australian YouTube ad, followed by the Samsung Galaxy Z Fold 2 and Sportsbet’s “Elite Average Games” with its piss takes on Olympic sports.

But not far behind, and surpassing brands like Hyundai, R.M Williams, Subway and Mercedes-AMG? It was Cyberpunk 2077, specifically the “Seize The Day” trailer. (The trailer was cut and released back when Cyberpunk 2077 was still launching on November 19.)

You can see the full Australian YouTube Ad leaderboard here, but there’s not a huge amount of extra information beyond what I’ve listed above. It’s mostly a coup for the media agencies and brands involved in the making of the ads, since they’ll be able to advertise that success to their clients in briefs and pitches.

What’s interesting is that Cyberpunk 2077 in Australia had such success. Video games rarely cut through the marketing noise — or have the marketing budget to do so. Back in 2017, for instance, there was one video game-related ad in the top 10. But it wasn’t the Nintendo Switch: it was an ad for Clash Royale. And that’s the only video game that’s cut through on YouTube since the platform started publishing Ad Leaderboard data in 2013. The PS5, Xbox Series X, Xbox One X, PS4 Pro, games like Breath of the Wild, or Horizon, or any other major console exclusive — none of them have cut through the mustard the way Keanu and Cyberpunk did in Australia last year.

And when beer, cars, and celebrities are generally the common themes among Australia’s preferred form of marketing, it’s a reminder of just how big Cyberpunk 2077 was. (And it also makes you wonder: if Cyberpunk could cut through, what can GTA 6 do when that’s finally revealed?)