Some fans think they have stumbled upon a reference to the TV show Mythbusters in Cyberpunk 2077, and the evidence seems plausible. 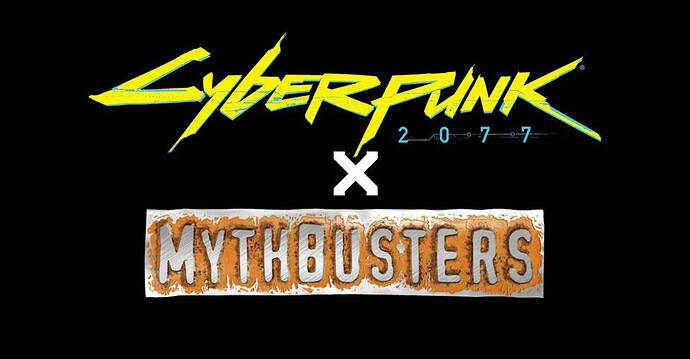 image960×500 75.2 KB
Cyberpunk 2077’s world may not have lived up to many fans’ expectations, but that doesn’t mean there’s nothing to be found in Night City. Fans looking hard enough can find Death Stranding creator Hideo Kojima hanging out in a bar, and Elon Musk sort of makes an appearance as a background character. Little Easter eggs like these are a treat for fans to discover, and it looks like Cyberpunk 2077 also includes a reference to the TV series Mythbusters.

Mythbusters was a popular show that revolved around testing myths and commonly held beliefs to see if there was any factual basis to the claims. The show was beloved by fans, and ran for 13 years with the original cast before a brief spin-off took over. The series was in the news last year due to the passing of Mythbusters mainstay Grant Imahara. The show still holds a place in a lot of fans’ hearts, so the nod in Cyberpunk 2077 is a fun Easter egg to stumble upon.