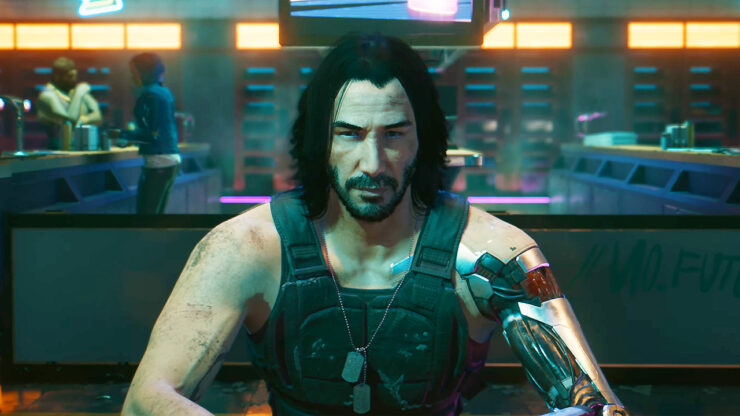 image740×416 86.9 KB
Cyberpunk 2077 is a glitchy game on all platforms, that’s been well-established, but most of the bugs can be navigated without too much trouble. Unfortunately, some PC players are experiencing a more serious issue that can irreversibly corrupt your save file. Thankfully, it would seem there is a way around it.

First reported by users on the CD Projekt Red forums, it seems Cyberpunk 2077 save files will become corrupted and unreadable if their file size grows over 8MB (or 8192kb to be exact). Now, most people’s save files probably won’t get that large, but having a ton of stuff in your inventory can cause its size to bloat up. As a result, players who are really into the crafting aspect of Cyberpunk 2077 are the ones running into save file trouble.

According to a GOG support center post, there’s no recovering your save file if it’s corrupted, although you should be able to revert to an older save before you went over the 8MB limit…

“Saved data is damaged and cannot be loaded” error message

Unfortunately, the save is damaged and can’t be recovered. Please use an older save file to continue playing and try to keep a lower amount of items and crafting materials. If you have used the item duplication glitch, please load a save file not affected by it. The save file size limit might be increased in one of the future patches, but the corrupted files will remain that way.

CD Projekt Red recently released a Cyberpunk 2077 hotfix (ver. 1.05), which fixed a number of bugs, but apparently, this wasn’t one of them. Two more “large” patches are promised for January and February, so hopefully this issue is cleared up relatively soon.

Cyberpunk 2077 is available now on PC, Xbox One, and PS4 (although new digital sales have been suspended), and can be played via backward compatibility on Xbox Series X/S and PS5.