Cyberpunk 2077 wasn’t a crowdfunded game, so there’s no kind of craziness in the credits like an additional 75,000 backers or something nuts like that. But the sheer amount of staff and third party studios is huge. It’s enough that Cyberpunk 2077‘s credits are noticeably longer than Red Dead Redemption 2, which ran for 34 minutes.
Recording one of the game’s endings on my PC, I clocked the ending at precisely 39 minutes and 30 seconds, although you can give a take a second or two depending on precisely what point you’d consider the start point. 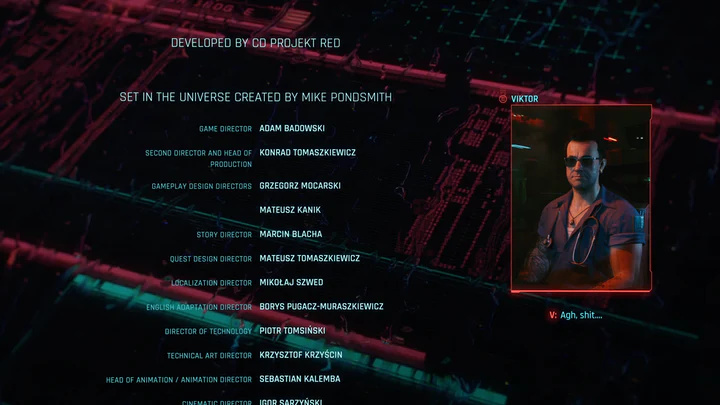 There was also some shoutouts for Australians at Bandai Namco, the game’s local distributor. More interestingly, there was also 30 people at Nvidia credited on Cyberpunk 2077, while only two people from AMD received a credit (a developer technology engineer and a senior developer relations manager). 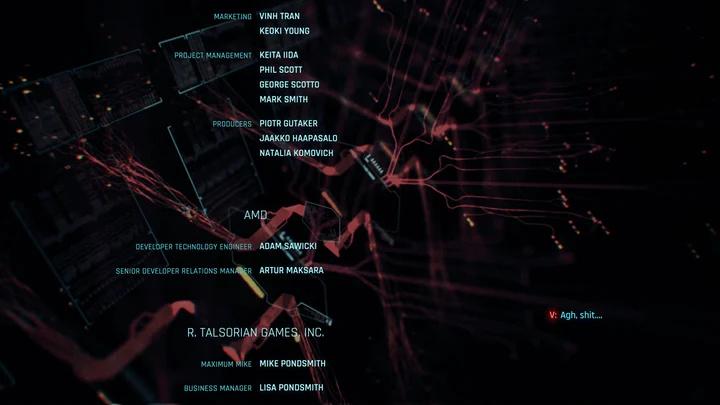 image720×405 82.3 KB
It’s always fascinating to see the credits, if only for what they reveal. For instance, 9 people from Kojima Productions were also credited, including two writers and the lead character and mecha designer from the Metal Gear series, Yoji Shinkawa. 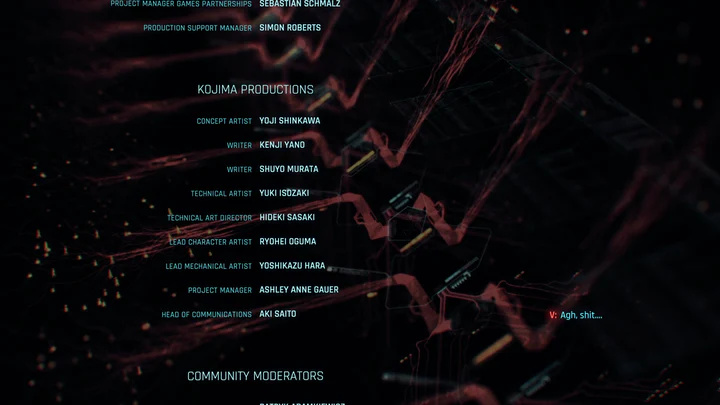 image720×405 83.3 KB
There’s also thanks towards the end for Trans-Fuzja, the Polish not-profit organisation for transgender people. There’s also a separate section of thanks for “Cyberpunk Babies”, kids who were presumably born throughout the process of Cyberpunk 2077‘s development. It runs for about 25 seconds. 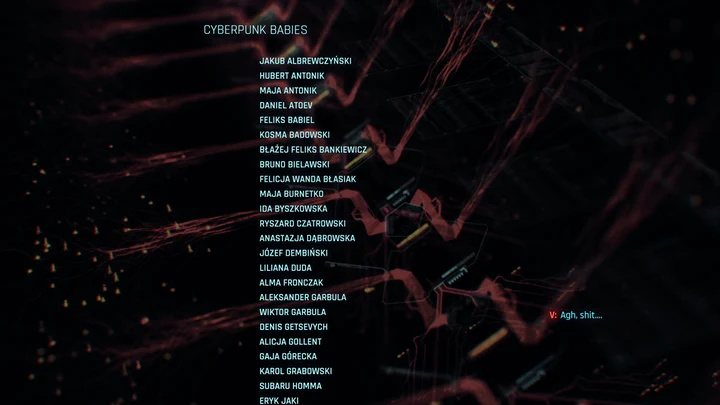 image720×405 83.6 KB
There’s also shots of Marlon Brando’s One-Eyed Jacks in the game somewhere, although after about 60 hours of playtime I haven’t found it myself.

I like watching the credits for games where I can, if only to give a proper sense of scale. It gives you a permanent visual of the amount of lives something this large must have affected. Not necessarily over the lifetime of the project, because everyone is onboarded at different points and everyone’s work comes to an end at different stages.

The credits don’t give you a sense of how much all of these people might have crunched, for instance, who was affected the most. It also doesn’t delineate between the people for whom Cyberpunk 2077 was their life for four or five years, or those who might have only assisted once or twice a week while juggling other duties.

It provides a good reminder, one often forgotten, of just how many people a production like this touches. That’s instructive just from a humane point of view, but also illustrative if you think about just how many people it took to get Cyberpunk 2077 to this point — and how much work there is to come, not to mention the work involved on that multiplayer expansion.