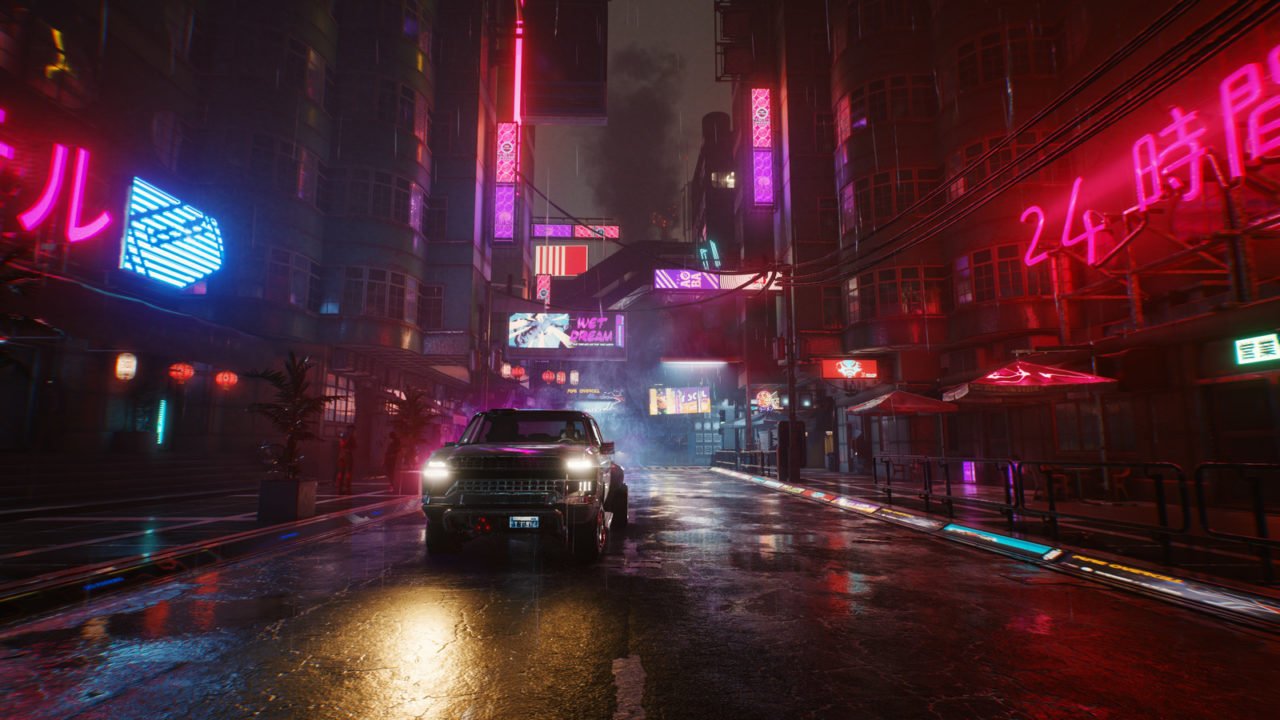 As communities are so very good at doing, the Cyberpunk 2077 fandom has moved with lightspeed on the most recent leaks. A shot of Night City in full leaked overnight Australian time, showcasing the six areas of Night City. The map doesn’t include the plains of the Badlands, which are outside the Night City walls.

Cyberpunk 2077’s map from r/xboxone
It’s cool to get an idea of Cyberpunk 2077‘s urban sprawl. But a single image doesn’t really give you much context around how dense the game is.

So fans made an interactive map of their own. 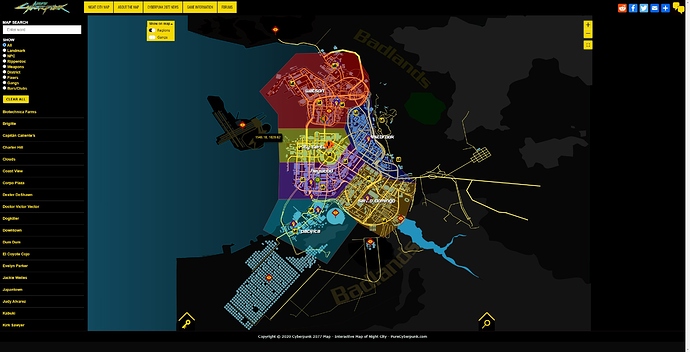 Created by fans, Pure Cyberpunk has an interactive map designed to chronicling every square inch of Night City in its entirety. Want to know precisely where Arthur Jenkins will be in Arasaka Tower? Need to find a Ripperdoc in a pinch? Can’t find the Fixer for Santo Domingo or Pacifica? Need a quick idea of what zones all the gangs control? Then the interactive Cyberpunk 2077 map will get you there.

It’s relatively empty right now, for painfully obvious reasons: the game’s not out yet, so the only information submitted comes from what could be gleaned through official previews, official trailers and streams. We already know, for instance, that some NPCs will appear in multiple places within the game’s first four hours. Meredith Stout — the Militech senior operations manager who appears as an optional path in one of the game’s early missions — pops up in a couple of places depending on the choices you make. You’ll also run into Dexter DeShawn in multiple areas too, and the map notes that “he has been sighted at Afterlife but will no doubt pop up at other locations”.

Still, as more info becomes available, the Cyberpunk 2077 map will become infinitely more handy. And as people dive into the game to discover it for themselves — or look for help hunting down hidden weapons and treasures — the interactive map will be blanketed in icons. Cyberpunk 2077‘s strength — and technical challenge — is just how vertical and dense Night City really is. Most people are gonna need a hand finding every last bit of content the game has to offer, and tools like this can be a great help.

Alternatively, you could avoid tools like this altogether and go into the game completely blind. I fully recommend it. And as a nice bonus, CD Projekt Red’s local distributor confirmed that the game will work with the PS5 and Xbox Series X on day one:

In addition the game will work day 1 with Xbox Series X/S and PlayStation 5 next-generation consoles.
This was going to be the case anyway, but with the confusion around the next-gen consoles, the extra confirmation is nice to have.
News comes from Cyberpunk 2077's Night City Already Has An Interactive Online Map