CUSTOMISE YOUR CHARACTER WITH MANTIS BLADES, GORILLA HANDS AND MORE 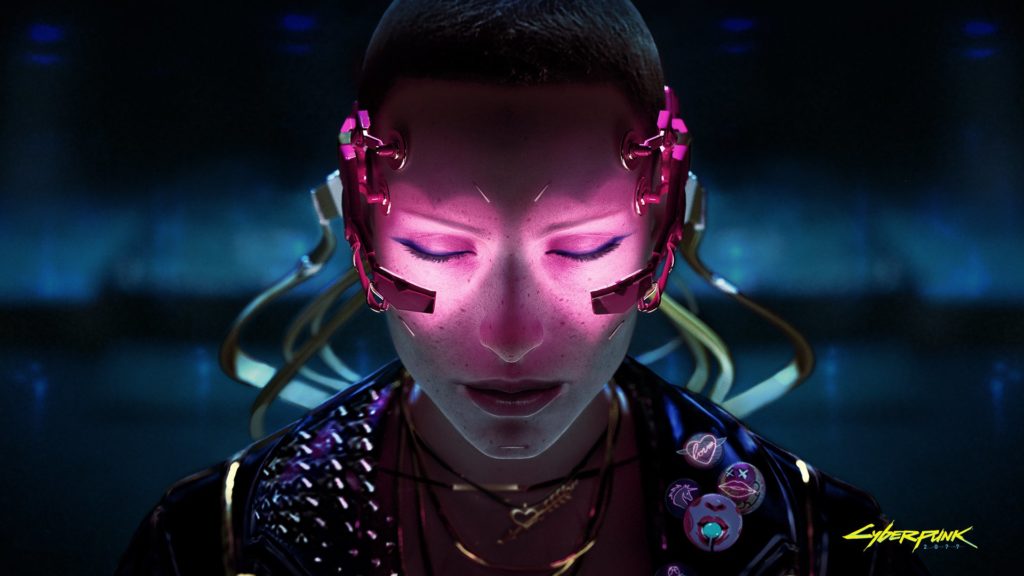 The new details were published in a German preview (translated by Reddit, via Wccftech) and reveal some of character customisation options that will be available to players when the game releases in November.

Among other things, the writeup lists perks from the Engineering, Crafting and Athletic perk trees, as well as some of the Cyberware players can choose to install on their character.

Cyberware must be installed in a limited number of slots across the player character’s body (eyes, arms, skeletal system etc) and unlocks new abilities such as Mantis Blades or automatic slow-mo when health is low.

You can see the full list of perks and Cyberware revealed in the preview below, in its own words.

The Cyberpunk 2077 release date was recently delayed by two months to November 19, marking a second delay for the game this year after it slipped from its originally targeted April launch to September.

The company also said it intends to release the “proper, full-blown next-gen version” of Cyberpunk 2077 in 2021, which is very likely to support its own ray-tracing visual effects.

CYBERPUNK 2077 ATHLETIC PERKS
Gladiator– reduces damage taken while blocking by 20%.
Regeneration – slowly regenerates health in combat.
Pack Mule – doubles carrying capacity.
Invincible -increases maximum health by 10%.
Super Hero Landing – reduces fall damage by 5%.
Multitasker – lets you shoot while sprinting, sliding and jumping at the same time.
Transporter – lets you shoot and sprint while carrying a body.
Hard motherfucker – at the start of a fight, armor and resistance are increased by 20% for 10 seconds.
CYBERPUNK 2077 CRAFTING PERKS
Master Gunsmith – 5% chance of getting an additional prototype component as crafting material for every item made.
R&D – the said skill that enables you to upgrade items to the legendary quality level.
Crazy Science is a trait, a kind of master skill at the bottom of the talent tree, which increases the sales prices of your items by 25%.
CYBERPUNK 2077 ENGINEERING PERKS
Mech Looter – you can loot scrap from drones, robots and mechs and have a 30% chance of finding weapon parts.
Blast Shielding – reduces your explosion damage taken by 10%.
Shrapnel – adds 20 additional damage to all previous garnet effects.
Grenadier – make the explosion radius of grenades visible to you.
Reverse engineering – lets you take off weapon mods.
You can’t touch this – make yourself immune to the effects of your own grenades
CYBERPUNK 2077 CYBERWARE LIST
Mantis Blades– The mighty blades protrude from V’s forearm and several fragments are available.
Blood pump– Installed in the cardiovascular system slot. It activates at a certain point in time and improves healing.
Micro-rotors– Passive cyberware in the nervous system that improves movement speed and precision
Reflex tuners– are triggered cyberware that activates slow motion as soon as your health falls below a critical value.
Gorilla Hands – Logically installed in the hands and vastly improves your strength and melee strength. There are also several fragments here.
Monowire– The cyberware that houses a fiber optic lasso in your arm that you can use to easily slice opponents in slices. The quickhack function via the Monowire is probably one of the fragments.
Krenzikov– The trigger activates a slow motion effect as soon as you have successfully avoided an enemy attack.
Synlungs– Artificial lungs that are installed in the cardiovascular system and improve the regeneration of your endurance. 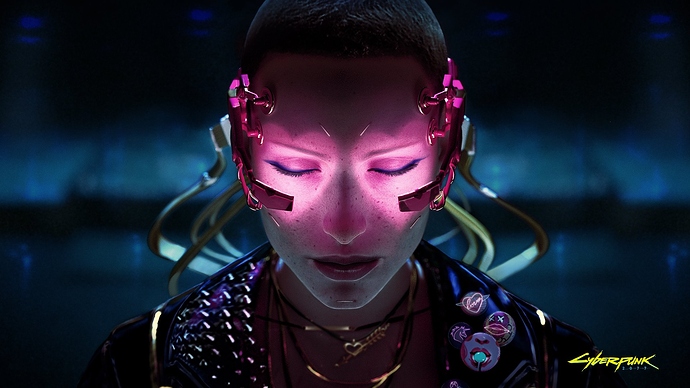 Customise your character with Mantis Blades, Gorilla Hands and more…

This work is very thought-provoking. The eyes are very bright and the black background forms a strong contrast. The black coat is very cool.

The features sounds awesome! I want me that Mantis Blades and Gorilla Hands.

This work is so real like a photo of someone. It is very attractive and absorb my attention. The bright color of her face is contrasted with the black background.

Nothing is difficult if you put your heart into it. I believe that you can continue to create new works to share with us, I am looking forward to your new works.

Hello, I like the freckles makeup on this woman’s face. You have to understand that women’s beauty can be diverse.

Your design is worthy of being appreciated. It is not more than a brass copper, but a symbol of wisdom and intelligence.

Seeing your elaboration, I am looking forward to your better side and your works. I hope I can gain a lot from it.

The picture was so real, it was like a real person, and I was almost fooled by it, and it was so much fun and I loved it.

When I see this image, I am expecting that she would open her eyes and I have been curious about what kind of eyes she has. I think it is attractive.

You thought gives me inspriations, and I support your work. Look forward to your next work. Thanks for sharing.

I like this figure you created. And thank you for your sharing of the cyber ware here. I would like to try some easy ones.

Thank you for detailed sharing.It’s very helpful for me.It’s so exciting to customise my own character and be with her in a fantasy Hi-tech world.

What you have found was really funny, the new details in-game perks will stimulate players interest to find more funny in the future game, also follow their cyberpunk dream!

To tell you the truth, I was confused when I saw this picture. He looked a little complicated. I didn’t understand what it was.

Love the poster, she looks so gorgeous and ur explanation is so thoughtful and in details, wish we can see more.

The posture reminds me of robot charging for themselves. For them, charging is equal to sleeping and they don’t need to eat anything so their body is always slim.