Cyberpunk 2077 is still the most anticipated game of the year, and PC fans especially are looking forward to how it’ll look with all the ray tracing lit bells and whistles. But with AMD launching some very tantalising GPUs of their own last week, people have rightly wondered if the new AMD cards will fully work with Cyberpunk 2077.

The concerns stem largely from much of the marketing around Cyberpunk 2077 and its ray tracing. Nvidia has used Cyberpunk 2077 as part of their ray tracing push for years — although not always in the most effective way. Polish developers CD Projekt Red even used Nvidia’s cloud streaming service, GeForce Now, when previewing Cyberpunk 2077 to journalists. (But as I noted at the time, GeForce Now isn’t available in Australia, so local journalists and influencers played the game on local code instead.)

It’s only been until this month that AMD GPUs have even spoken about their ray tracing capabilities. So it’s natural that it wasn’t much of a topic of conversation until now. But given that Cyberpunk 2077 has been almost singlehandedly responsible for driving a metaphorical ton of upgrades this year, people are naturally concerned. If ray tracing in Cyberpunk 2077 wouldn’t work with AMD cards, that’s something people might want to factor into their GPU purchases.

Cyberpunk 2077 uses the industry standard DirectX Ray Tracing API. It will work on any DXR-compatible GPU. Nothing related to Cyberpunk 2077 ray tracing is proprietary to NVIDIA.
The question directly asked whether Cyberpunk 2077 ray tracing was exclusive to Nvidia, so … pretty hard to get more definitive than that. As an added benefit, Burke said earlier in the interview that the only proprietary uses of ray tracing for Nvidia cards that they were “aware of” was Quake 2 RTX, Wolfenstein: Youngblood and JX3 – a martial arts MMO popular in China. “The vast majority of games released with ray tracing support use the industry standard Microsoft DirectX Ray Tracing (DXR) API,” Burke said.

Now, the question as to how well AMD’s Radeon RX cards fare when ray tracing’s enabled? That’s the bigger question, one that can’t be answered until later in the year when embargoes on the new Radeon cards lift. The Radeon RX 6800 and RX 6800 XT are launching internationally on November 18, although we’re still waiting on confirmation on local pricing. The Radeon RX 6900 XT, the rival to Nvidia’s RTX 3090 – or the similarly priced rival – won’t be out until December 8.

Just in time for Cyberpunk 2077. Funny how things work out. 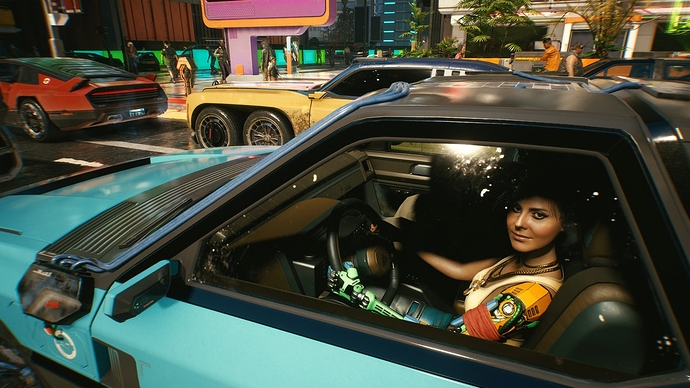