Cyberpunk 2077 takes place in Night City, a sprawling urban megalopolis located in future Northern California. Players take the role of V in the game, a customisable protagonist who can join one of three lifepaths to determine their journey through the game’s world. As a Nomad, Street Kid, or CorporateV players will embark on various missions tailored to their V’s backstory, available weaponry and character choices.

While each V will have a different introduction to the game based on these lifepaths, their overall goal is the same: to travel through Night City and obtain a rare implant that can bestow immortality. This is the description of the game’s main story listed on Steam, but it’s important to note we haven’t seen much of this story outside of short snippets and teases.

The game takes very strong inspiration from the tabletop RPG on which it’s based, but how much this story will impact Cyberpunk 2077 is unknown. If you’re keen to know more about the lore behind the TTRPG, PCGamesN has a full rundown of the original game and every important character to know.

One of the most important Cyberpunk 2077 characters is Johnny Silverhand, a punk rocker presumed dead after launching an attack on the headquarters of banking mega-corporation Arasaka.

Johnny Silverhand will appear in Cyberpunk 2077 and he’s played by internet sweetheart, Keanu Reeves. He’ll appear as a ‘digital ghost’ voice in V’s head and guide them through Night City. While not much is known about Silverhand’s major role in the game’s story, it appears he’ll be a prominent character as he’s said to have more voice lines than any other NPC. You’ll also have a small segment of the game from Johnny’s point of view, as revealed one of the Night City Wire episodes. 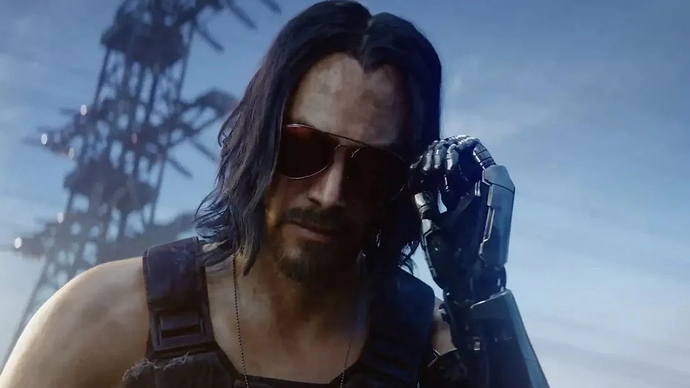 Outside of Johnny Silverhand, various trailers and tidbits have revealed more of the game’s main cast.

This includes terrifying Arasaka borg Adam Smasher, V’s friend and confidant Jackie Welles and braindance hacker Judy Alvarez. Each will have an important part to play in the game’s story but the scope of their roles, like the main plot of the game, is largely unknown.

Cyberpunk 2077 is playing its story cards very close to its chest, so it may be we only discover what the game is really about when it actually launches.

News comes from Everything We Know About Cyberpunk 2077