Cyberpunk 2077 Should Make a Big Deal of Its PS5, Xbox Series X Upgrades 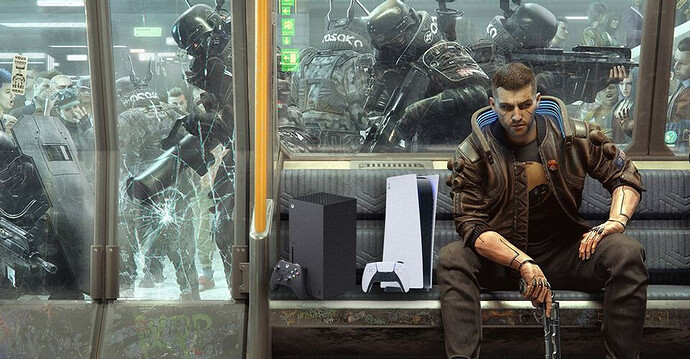 image960×500 144 KB
CD Projekt Red’s hotly-anticipated Cyberpunk 2077 launched to, at best, mixed receptions. Many considered the game to be one of the best RPGs of 2020, at least on PC, while others ridiculed it for the plethora of performance issues, game-breaking bugs, and glitches, particularly on old consoles. Adding fuel to the fire is the plethora of lawsuits that rained down on the company, as well as a recent hack that leaked out many of the company’s games’ source code.

Amid all the chaos, Cyberpunk 2077’s developer released a roadmap that vaguely represents what lies ahead in 2021. After the game would get rid of the bugs and glitches with planned out patches, CD Projekt Red will deliver an upgraded version of Cyberpunk 2077 for the PS5 and Xbox Series X/S.
News comes from Cyberpunk 2077 Should Make a Big Deal of Its PS5, Xbox Series X Upgrades