Cyberpunk 2077 Will Eventually Live Up To What Was Promised, CD Projekt CEO Says 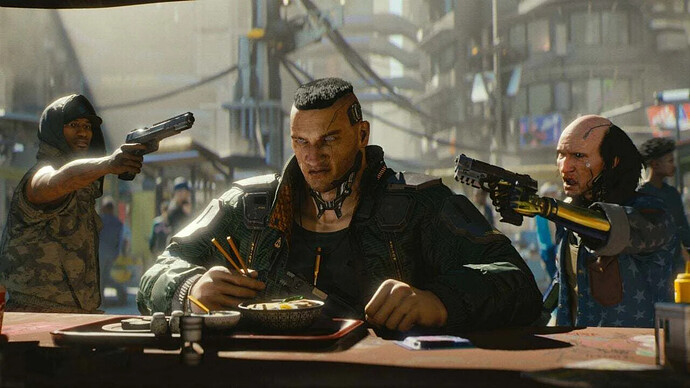 A whopping six months after its initial launch, CD Projekt RED has asserted that it intends to deliver on its earlier Cyberpunk 2077 promises after a disappointing release.

During the company’s financial results meeting today to mark the end of the first quarter of the financial year, CD Projekt president and CEO Adam Kiciński confirmed that there’s still a significant portion of the team working on the game’s development.

“We intend to live up to what we promised our gamers in January,” Kiciński said. “While we already see major improvements, a large part of the team continues to work on making sure that Cyberpunk provides even better entertainment to gamers.”

The renewed promise to fix the game comes as CD Projekt revealed its net profits for Q1 2021 fell by 65%, in part as a result of the ongoing costs of fixing the highly-anticipated game.

“Lower than usual net profitability is mainly due to continuing depreciation of Cyberpunk 2077 development expenditures, work on updating the game, and R&D activities related to future projects. These expenses are recognized as current-period costs and are not subject to capitalization” CD Projekt CFO Piotr Nielubowicz said in a statement.

Despite only recording a profit of US$8.84 million ($11.39 million), the company claims to have seen “record-breaking positive cash flows” and seemingly isn’t going to get them down.

According to Kiciński, “nearly half” of the original development team is still working on the project, either on improving the current game, or developing the next generation of Cyberpunk 2077 content.

Meanwhile, the other half of the developers are working on new, unannounced projects, which will hopefully have a smoother release than Cyberpunk 2077.

“But definitely, there are teams preparing for future unannounced projects,” he said.

The comment comes months after Kiciński stressed that the company was still hell-bent on making the highly-anticipated game as good as everyone hoped.

“We are convinced that we can bring the game to such a state that we can be proud of it and therefore successfully sell it for years to come,” he said back in April.