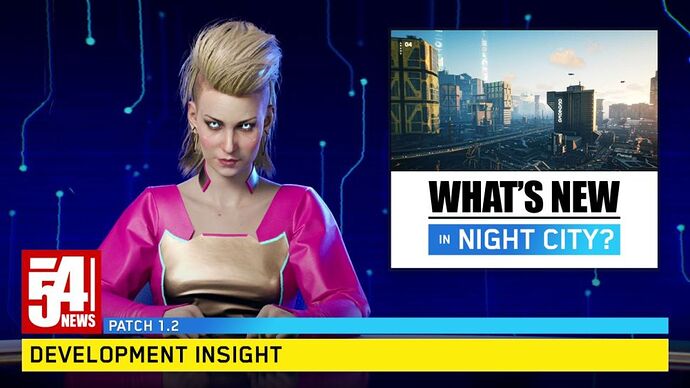 970×546 71.7 KB
The next major Cyberpunk 2077 update is Patch 1.2, which was delayed last month due to a cyber attack on developer CD Projekt (the irony of which I’m certain wasn’t lost on the studio). We still aren’t sure exactly when the update will be piped out through Steam and GOG this month, but we now know what’ll be in it.

The change to police behavior targets a criticism of Cyberpunk 2077 that appeared in player videos just after launch: After doing something illegal, police can appear directly behind the player whether or not it would be physically possible for them to do so without literal teleporters. One much-viewed video showed cops materializing on a rooftop in seconds:

Patch 1.2 won’t make it so that Cyberpunk 2077 cops ‘actually’ have to drive from a station or patrol route to the scene of a crime. It slows down their response time, which “should decrease the problem of NPCs spawning behind players’ backs and create an impression that it takes some time for the police to arrive at the crime scene after the crime has been reported,” said lead gameplay designer Patryk Fiutowski and technical design coordinator Łukasz Szczepankowski.
News comes from https://www.pcgamer.com/cyberpunk-2077s-next-patch-will-slow-police-response-let-you-remap-dodge/