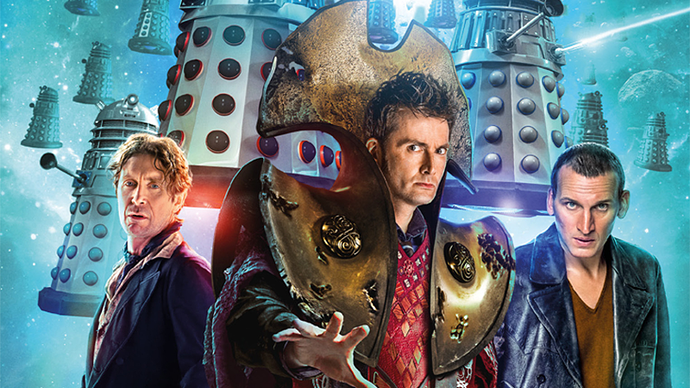 Remember that hot five minutes the Tenth Doctor was like “I’m the last of the Time Lords, I can do whatever the damn hell I want ” before everything went bad for him and he went “oh crap ctrl+z ctrl+z!!!”? Well, looks like he’s back. And this time he’s trying to stop literal dispensers of death?

We probably should’ve figured that Doctor Who ’s recently revealed transmedia, multi-doctor event Time Lord Victorious would be about the, well, Time Lord Victorious, given the name of it. But details about the first two books that will kick off the new story—uniting the Eighth, Ninth, and Tenth Doctors across comics, audio dramas, books, and more—have confirmed that the new series seems to be set, at least for the Tenth Doctor, at a dark time briefly glimpsed in the “The Waters of Mars,” David Tennant’s penultimate special adventure in his final year of playing the Time Lord on a regular basis.

Although the original announcement was vague about the deadly threat that would unite three Doctors at the apparent dawn of time itself, the two new descriptions for the books— The Knight, The Fool and The Dead by Steve Cole and All Flesh Is Grass by Una McCormack—have revealed that the new foe joining the likes of familiar monsters such as the Daleks and the Ood is a race called the Kotturuh. While you try contemplate pouncing that, here’s the two blurbs courtesy of Doctor Who News:

Doctor Who: The Knight, The Fool and The Dead

We live forever, barring accidents. Just like everyone else in the universe.

The Doctor travels back to the Dark Times, an era where life flourishes and death is barely known…

Then come the Kotturuh – creatures who spread through the cosmos dispensing mortality. They judge each and every species and decree its allotted time to live. For the first time, living things know the fear of ending. And they will go to any lengths to escape this grim new spectre, death.

The Doctor is an old hand at cheating death. Now, at last, he can stop it at the source. He is coming for the Kotturuh, ready to change everything so that life wins from the start. Not just the last of the Time Lords. The Time Lord Victorious.

Doctor Who: All Flesh Is Grass

Even a Time Lord can’t change the past.

A wasteland. A dead world… No, there is a biodome rising from the ashes. Here, life teems and flourishes, with strange, lush plants and many-winged insects with bright carapaces – and one solitary sentient creature, who spends its days talking to the insects and tending this lonely garden. This is Inyit, the Last of the Kotturuh.

In All Flesh is Grass we are transported back to The Dark Times. The Tenth Doctor has sworn to stop the Kotturuh, ending death and bringing life to the universe. But his plan is unravelling – instead of bringing life, nothing has changed and all around him people are dying. Death is everywhere. Now he must confront his former selves – one in league with their greatest nemesis and the other manning a ship of the undead.

The Kotturuh as some sort of fundamental, existential concept—the arbiters of something as vague as mortality itself—is an incredibly interesting idea. As is trying to wrap our heads around just when the Doctor had the time, even with a TARDIS, to go about doing all this “I’m the Last of the Time Lords, the Time Lord Victorious, I’ve gone mad with Time Powerrrrr” nonsense given that the sequence in “Waters of Mars” saw him declare himself the master of the Time Lord’s domain and almost immediately relinquish that bold claim when Adelaide Brooks defied him, killing herself to revert the timeline the Doctor had changed by saving her life. 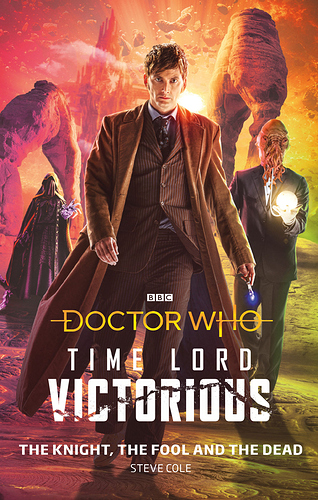 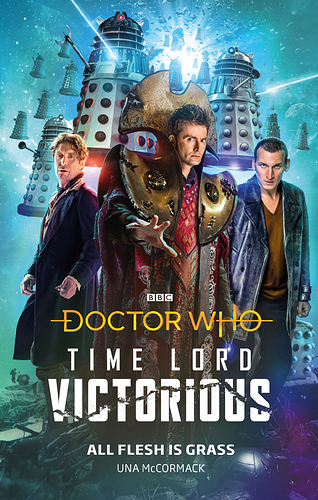 If the Time Lord Victorious of the event’s title is indeed one and the same with the Tenth Doctor at that specific moment in his arc, then there’s some very interesting ramifications at play. If it’s one of the prior incarnations of the Doctor we know are along for the ride too, it’s likewise fascinating in showing that this is clearly a temptation that has pushed the Doctor into morally questionable places before—a lesson they’ll have learned multiple times across regenerations.

We’re in for a treat, either way, if Doctor Who is using this bold new venture to dive deep into the psyche of its hero at one of their lowest, most fearsome moments. The Knight, The Fool and The Dead and All Flesh Is Grass will be published by BBC Books in October and December 2020, respectively. 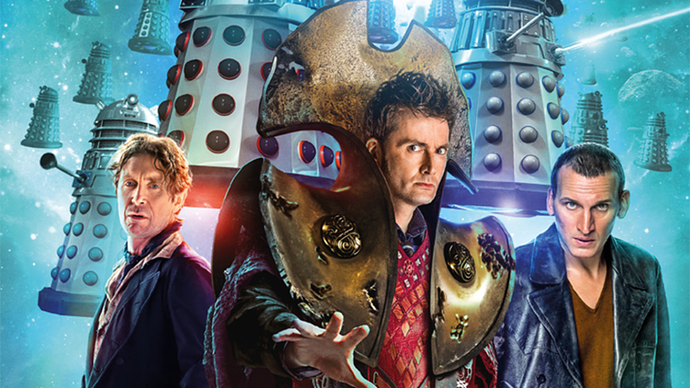 Doctor Who's Big New Event Is All About Cheating Death (and That Assholish...

Remember that hot five minutes the Tenth Doctor was like “I’m the last of the Time Lords, I can do whatever the damn hell I want” before everything went bad for him and he went “oh crap ctrl+z ctrl+z!!!”? Well, looks like he’s back. And this time...

I so deeply appreciate the Photoshop job that finally put David Tennant in Time Lord robes.

I have not watched this show, but through the plot you shared here, I feel it an interesting show. I always like the plot about doctors.

I think death can be defined very differently in a cyberpunk world, or it would be a totally different kind of thing.