The voxel art spin-off is designed to have a more family-friendly appeal than the mainline series, but it includes the same swarms of bug aliens Earth Defense Force is known for.

"In a parallel universe, a new battlefield has taken stage in the EDF series. Voxel Earth is falling apart into square pieces, breaking its blocky peace, as alien invaders in large motherships have caused a catastrophic rift in their massive attack. With the world in turmoil from an alien attack by enemies from the EDF series, the player and the Earth Defense Force must rise to the occasion and save the day to restore a shattered Voxel Earth to one piece.

“Within this new universe of EDF where everything is displayed in voxel art, an art form with 3D models constructed together from 3D cubes, players will be taking the fight to various voxel-formed landmark battlefields with inspirations from America, United Kingdom, Japan, Egypt, and more in the span of the war for survival.” 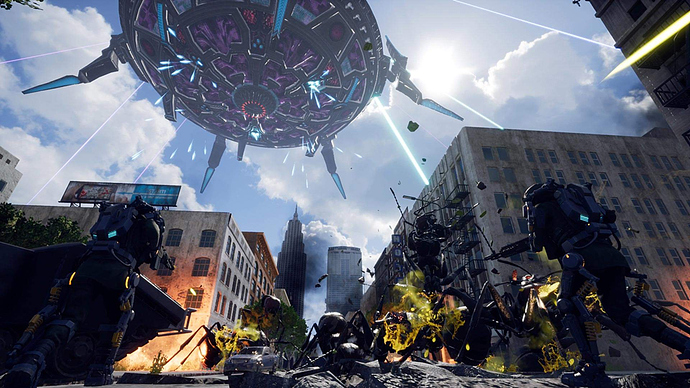 More EDF is always a good thing and I think a voxel based approach will work very well with that game. However, I also wish they had a bit more confidence (or competence?) to get at least a single shot of the game into the trailer that lasts longer than a second. That has got to be the worst trailer I’ve seen in ages.

Now this moment comes. As a feretic fan of this game, I have to say that you will not regret playing it. Full-immersed experience can bring you the best enjoyment.