This mod, which is still a work-in-progress mod, requires Cheat Engine and the Cyber Engine Tweaks to work. As of now, the mod still has tons of issues, such as junky animations, so don’t expect to be able to play the game in its entirety with it.
IMPORTANT! Set your POV to 80!

It requires Cheat Engine to enable the script 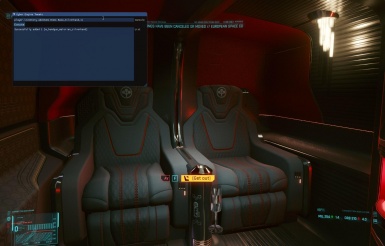 Performance fixes, Bug fixes and fun Hacks to play with!

First use this command: (this will spawn the head into your inventory)
Game.AddToInventory(“Items.PlayerWaPhotomodeHead”,1)

Next use: (this will equip it, do this command again to unequip the head)
Game.EquipItemOnPlayer(“Items.PlayerWaPhotomodeHead”, “TppHead”)

First use this command: (this will spawn the head into your inventory)
Game.AddToInventory(“Items.PlayerMaPhotomodeHead”,1)

Next use: (this will equip it, do this command again to unequip the head)
Game.EquipItemOnPlayer(“Items.PlayerMaPhotomodeHead”, “TppHead”)

The janky walking animations, however, have a high chance of getting fixed relatively soon, as it has been discovered that exchanging V’s model with that of any NPCs allows the playable character to use better animations, as seen in the video below.
More information on the first Cyberpunk 2077 third-person camera mod can be found on Nexus Mods.

Cyberpunk 2077 is now available on PC, PlayStation 4, and Xbox One worldwide.