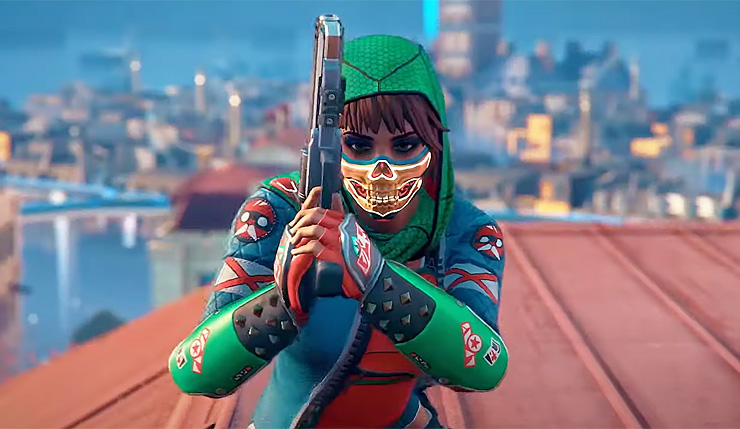 740×429 108 KB
Earlier this week, the existence of the new Ubisoft battle royale game Hyper Scape leaked, and today the publisher pulled the curtain back on the project. The game will feature full 100-player matches, and will do a number of unique things to differentiate itself from the battle royale pack

First and foremost, the game takes place entirely within a futuristic urban environment, with platforming being a major focus of the action. The game also chosen to do away with the traditional “circle of death,” instead having certain sectors of the map decay and disappear in a random order, and players can win the game by either being the last person standing (as usual) or claiming a crown that spawns when you get down to the last sector. There are a lot of other unique features included in Hyper Scape, but for now, why don’t you check out the game’s debut trailer? 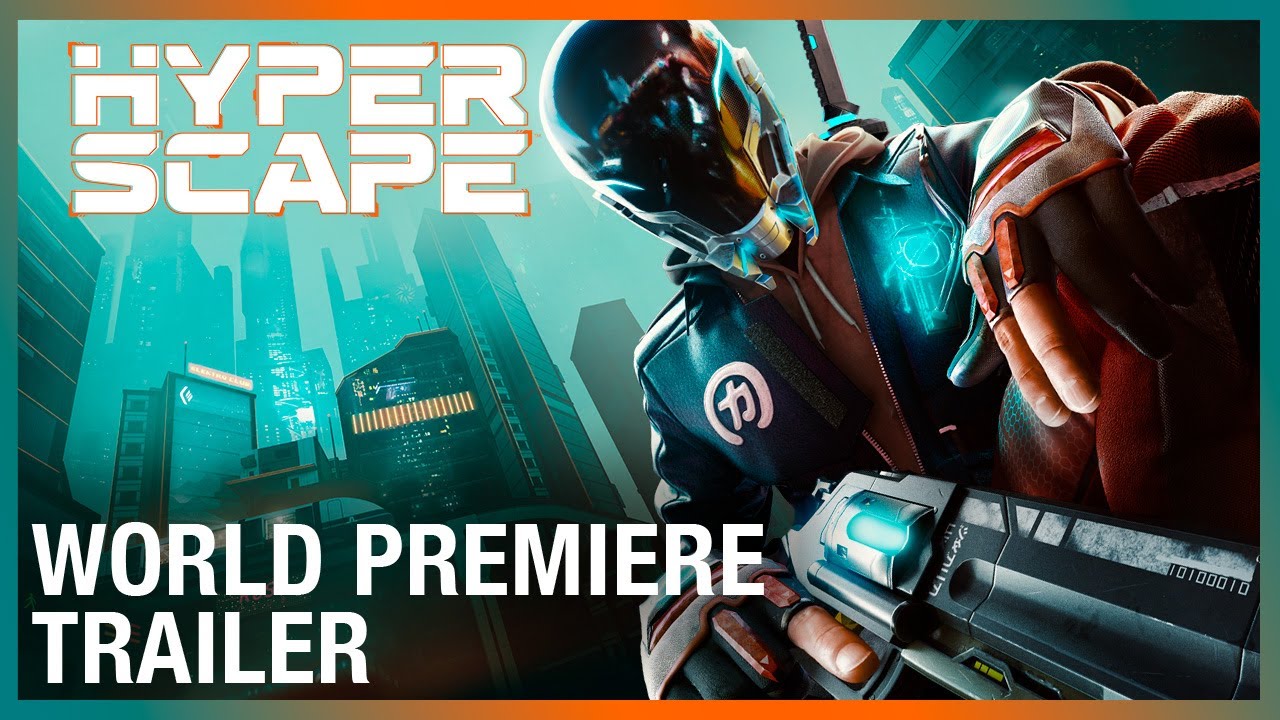 Additionally, here’s a rundown of Hyper Scape’s gameplay and features… 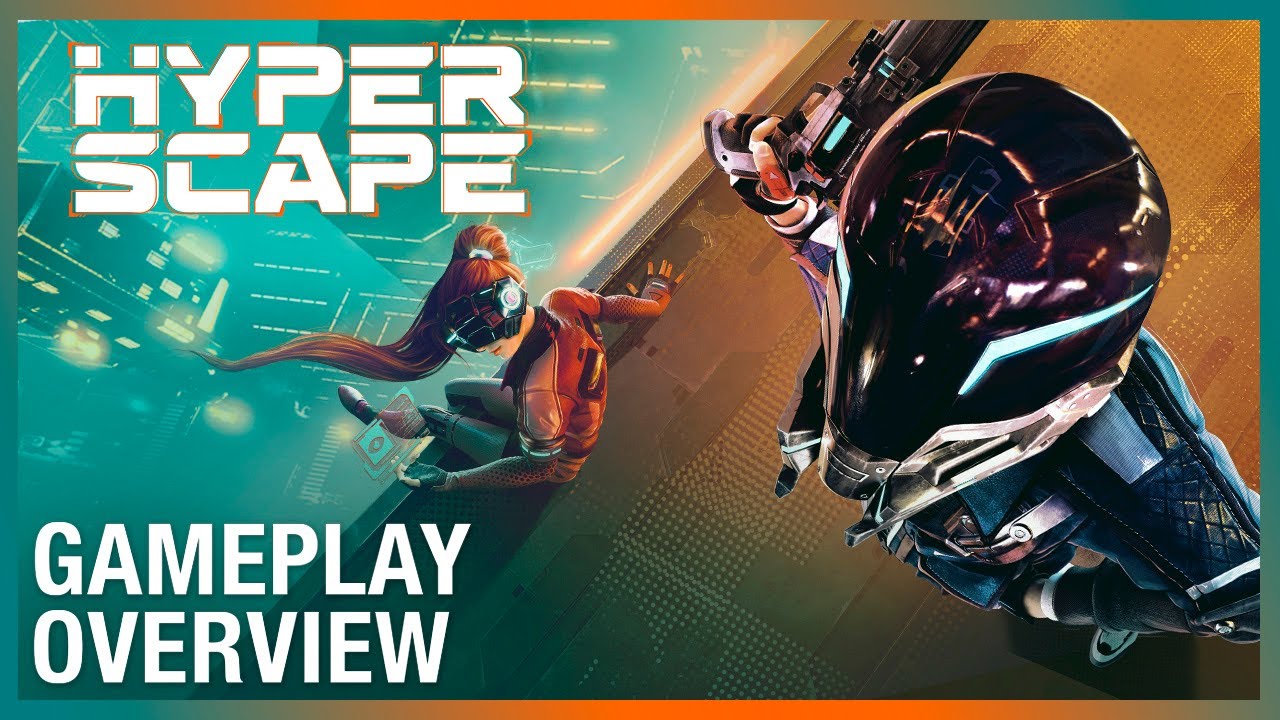 …and some behind-the-scenes info from the game’s creators at Ubisoft Montreal. 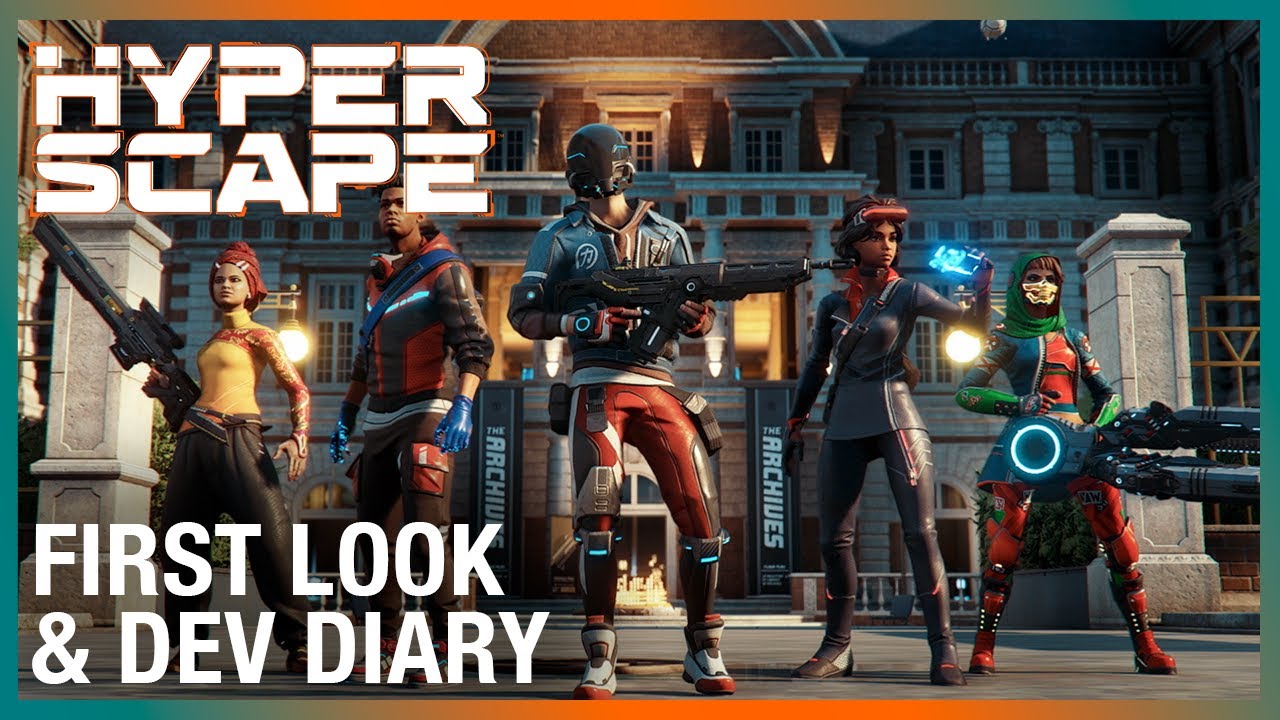 Here’s the official rundown on Hyper Scape, courtesy of Ubisoft:

Hyper Scape was designed from the ground up as an intense, vertical and fast-paced battle royale experience. Three-player squads and solo players can dive into the futuristic virtual city of Neo- Arcadia to engage in dynamic firefights, transitioning from narrow streets to open rooftops and deadly interiors.

Hyper Scape introduces Hacks, abilities that players can loot in the world the same way they do weapons. Hacks grant offensive and defensive capabilities to suit all playstyles. Laying down a mine, seeking an enemy, protecting the squad with a big wall or turning invisible to sneak up on opponents are just a few examples of the Hacks players can combine and swap effortlessly. All Hacks and weapons can be upgraded through the Fusion mechanic to produce more powerful iterations of the pre-existing item.

Hyper Scape innovates and twists the battle royale formula in many ways, such as the unpredictable Decay which dissolves the map of Neo-Arcadia into different patterns, or the unique Echo mechanic that keeps players active in the battle even when they’re down. At the end of a Hyper Scape match, the climatic showdown phase starts when the Hyper Scape crown spawns on the map. Players have two different ways to claim victory, either by picking up and carrying the crown for 45 seconds or by being the last player or squad standing.

Hyper Scape is fun to play and rewarding to watch. Developed in partnership with Twitch, the Hyper Scape Crowncast Twitch extension will entertain viewers by letting them impact the game in real time, creating interaction between streamers and their fans. Viewers will also have a real-time impact on the battle by voting on events that affect all contenders within a match, such as low gravity or infinite ammo.

Like what you’re hearing/seeing? What to jump into the battle? Well, you can get in on Hyper Scape’s first technical test…right now! Just link your Twitch and Ubi.com account, then enable Twitch drops and tune into one of the many streamers who will be playing the game (check out the full list here). The Hyper Scape technical test will continue until July 7.

Hyper Scape is coming to PC and “consoles” (which consoles haven’t been specified yet) sometime this year.

Get a first ook at Ubisoft's fast-pace and unique new battle royale, Hyper Scape, and find out how you can try out the game...right now!

I wonder what goes through the minds of people who think that’s in any way cool.

It is enough to give me a stroke.

Loved both E3 footage.But if it doesn’t deliver after that rumored $500 million budget, Xbox better fire every executive at 343 Industries.

I personally hype for this one, waiting for the open beta

The game might be good, but in 2020 there really is an oversaturation of “generic scifi tech” + “bright colours” + “modern setting”.