Path of Exile’s 3.13 expansion had been planned for release on December 11. But now, with Cyberpunk’s release date moved back to December 10, the team have decided to just clear out and give the year’s biggest game its space.

Now, this happens all the time in video games. So often that I wrote about it in this fictional piece on game marketing. It isn’t new, and it it isn’t rare.

What’s interesting about this particular announcement, though, is just how honest it is. Like developers Grinding Gear Games had all their ducks in a row, plans made and set for this, only to wake up and find Cyberpunk delayed, again, right in front of their own release, and just went “aaaahhhhhh”, threw up their hands and maybe swore a little.

We were previously targeting a launch date of December 11 for our 3.13 expansion. Yesterday, CD Projekt Red announced that Cyberpunk 2077 will now be released on December 10. We have decided to delay the release of Path of Exile 3.13 until January.https://www.pathofexile.com/forum/view-thread/2982929 pic.twitter.com/sL3npV4eH6
— Path of Exile (@pathofexile) October 28, 2020
In a forum post, the decision is elaborated on a little further (emphasis mine):

We were previously targeting a launch date of December 11 for our 3.13 end-game expansion. As we discussed last week, our new development methodology gives us confidence that we’d be able to hit this date with a high quality expansion. Yesterday, CD Projekt Red announced that Cyberpunk 2077 will now be released on December 10. We do not want to put our players in a position of having to choose between these two games, so we have decided to step out of the way and delay the release of Path of Exile 3.13 until January.
We still expect to finish 3.13 by early/mid-December. The scope of this expansion will remain unchanged. During the month of delay before release, we will start work on the 3.14 expansion.
So that you still have some interesting Path of Exile stuff to play over the Christmas/New Year break, we’re planning to run at least one multi-week event (for example, Flashback). We’ll confirm details of these event(s) once we have put together a plan.
While this delay will hopefully not affect our development schedule, it will probably cause our release schedule to change a little bit during 2021. We’ll post details about this as soon as we have more information about these dates and when we’ll be announcing 3.13.
Honesty? In video games communications? God, it’s so refreshing. The 3.13 expansion is now due in January. At least, it is for now, until the next Cyberpunk delay. 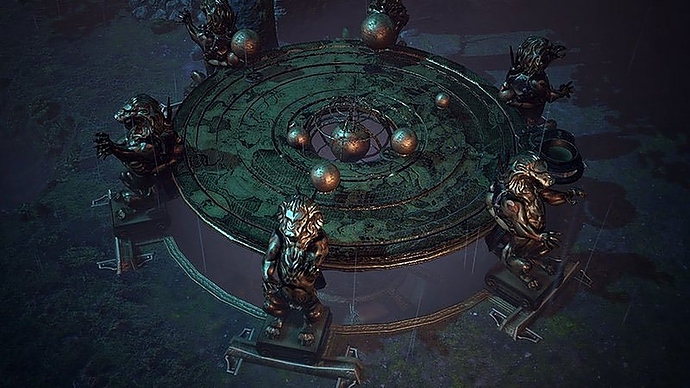