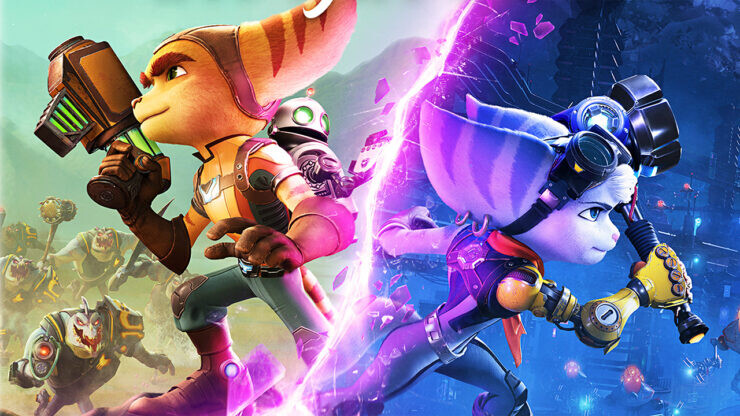 The fresh footage shows off both Ratchet and Rivet in action. Ratchet explores the new cyberpunk-influenced stage Nefarious City (which might look better than that other Cyberpunk game). We see him try out his new wall-running and dash abilities as he searches for Clank. Meanwhile, Rivet explores a newly-reimagined version of the classic swampy planet, Sargasso. Of course, both Ratchet and Rivet do some rift hopping, with Ratchet even fighting a miniboss across dimensions.

Returnal Review – In My Restless Dreams, I See That House…

In addition to everything mentioned above, Insomniac also promises Ratchet & Clank: Rift Apart will offer open-world areas, dimensional Clank puzzles, glitch challenges, arena challenges, aerial combat, pocket dimensions, a photo mode, and tons of accessibility options. But enough of my blabbing – check it all out for yourself, below.
Looking impressive! Haven’t been keeping up with Ratchet & Clank: Rift Apart? Here an official rundown of the game’s features: