Hi everyone,
I have a new artwork to share. 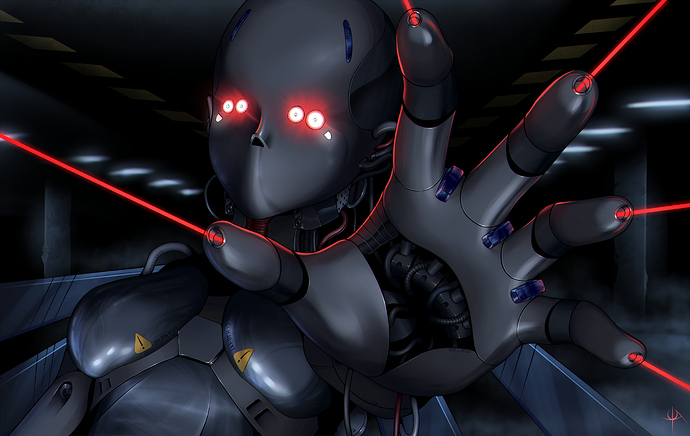 Is this a lady?

Are there weapons hiden in her/his fingers

Damn this is nice

I’ve forgotten the last time I saw your work, hahaha

No hidden weapons, I thought maybe it’d be interesting to have laser weapons from the fingers, not that it makes any sense at all.

Also no it is certainly not a lady, though female in appearance.

It reminds me of the spiderman. But I think your character must have some more robust skills than spiderman, since it use the light as weapon instead of spiders.

Well,it remind me of spider man ,a character I like in Marvel movie.Of course,I know it’s not spider man .

Wow, the robot is so cool, thank you for sharing your artworks, I really like it , but I have a question, is it a girl or boy? And you want to show what kind of thing will it do?

I think the title and the topic of this work is interesting and it can invoke many imaginations about it. Great job!

As a robot, it’s gender is not too important, but it does resemble a female.
As for what it does…it’s for exterminating certain targets. It has wings but I don’t think they would be appropriate for flight, maybe just for stabilisation while moving at high speeds. It’s equipped with a lot of cameras and sensors for tracking its’ targets, but the only weapons it carries are the lasers in the fingers and whatever it has on hand. The “breast” parts are storage for some sort of volatile substance.