Following the success of last year’s Star Wars Jedi: Fallen Order, EA has announced a new Star Wars game is coming to consoles and PC, and you won’t have to wait much longer to play it. Star Wars: Squadrons will release October 2, 2020 on PS4, Xbox One, and PC (via Origin, Steam, and the Epic Games Store). VR fans can also get in on the fun, as the space shooter will also be playable in VR on PS4 and PC. Following today’s reveal trailer, Star Wars: Squadrons is available to pre-order on all platforms, so you can secure your copy early and be ready to play on day one.

In Star Wars: Squadrons, you’ll enlist as a starfighter pilot who will command iconic ships from both the New Republic and Imperial fleets. The game features 5v5 multiplayer dogfights, monumental fleet battles, and an original single-player story about events occurring after the Battle of Endor and the destruction of the Death Star II. The story alternates between the perspectives of two pilots–one from the New Republic’s Vanguard Squadron and the other from the Empire’s Titan Squadron.

Star Wars: Squadrons features cross-play support for Xbox One, PS4, PC, and VR, so you’ll be able to squad up with your friends no matter what platform they’re on. The game has extensive cosmetic and gameplay customization options so you can design your pilot, cockpit, and ship exterior to your liking. You’ll also earn things like weapons, engines, and shields to deck out your starfighter as you move up the ranks.

EA plans to reveal gameplay for Star Wars: Squadrons on June 18 at 4 PM PT / 7 PM ET in its EA Play showcase, which would normally occur during E3. Ahead of the event, Star Wars: Squadrons is already available to pre-order. If you’re certain it’s a day-one purchase for you, check out its price and everywhere you can pre-order the game below. 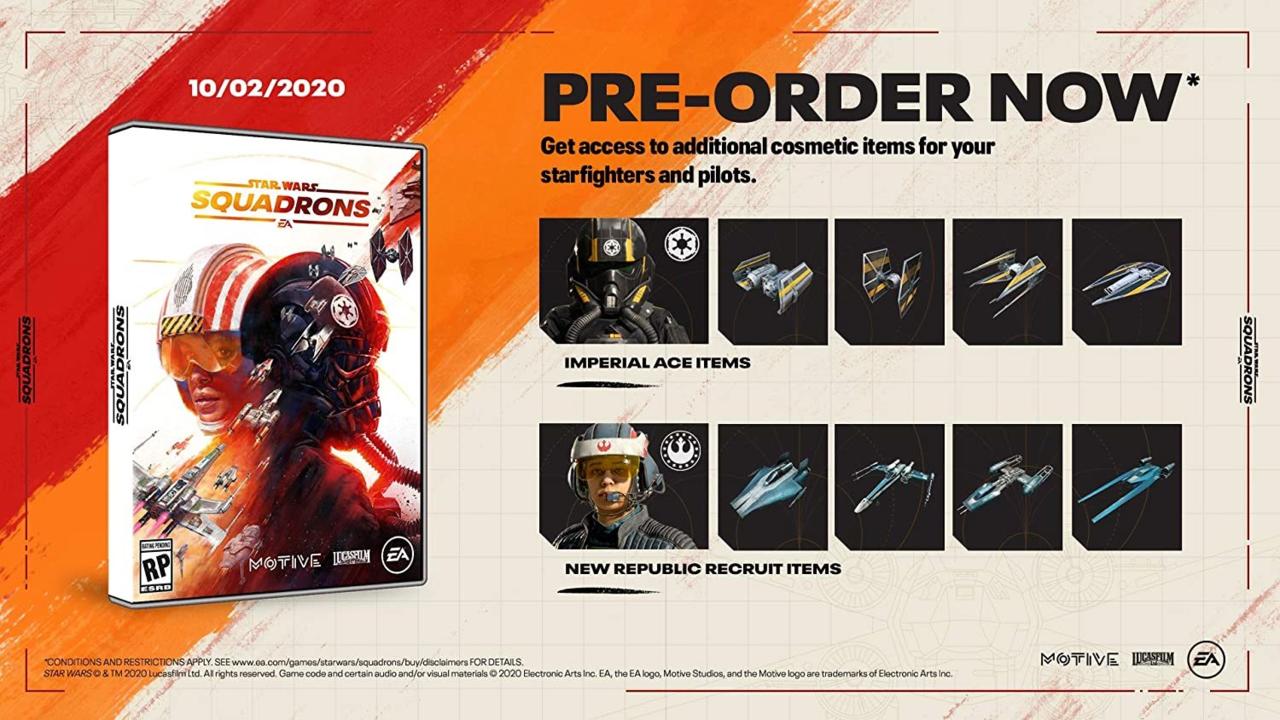 There are a handful of pre-order bonuses for purchasing the game early. These consist of cosmetic items for your pilot and starfighter. 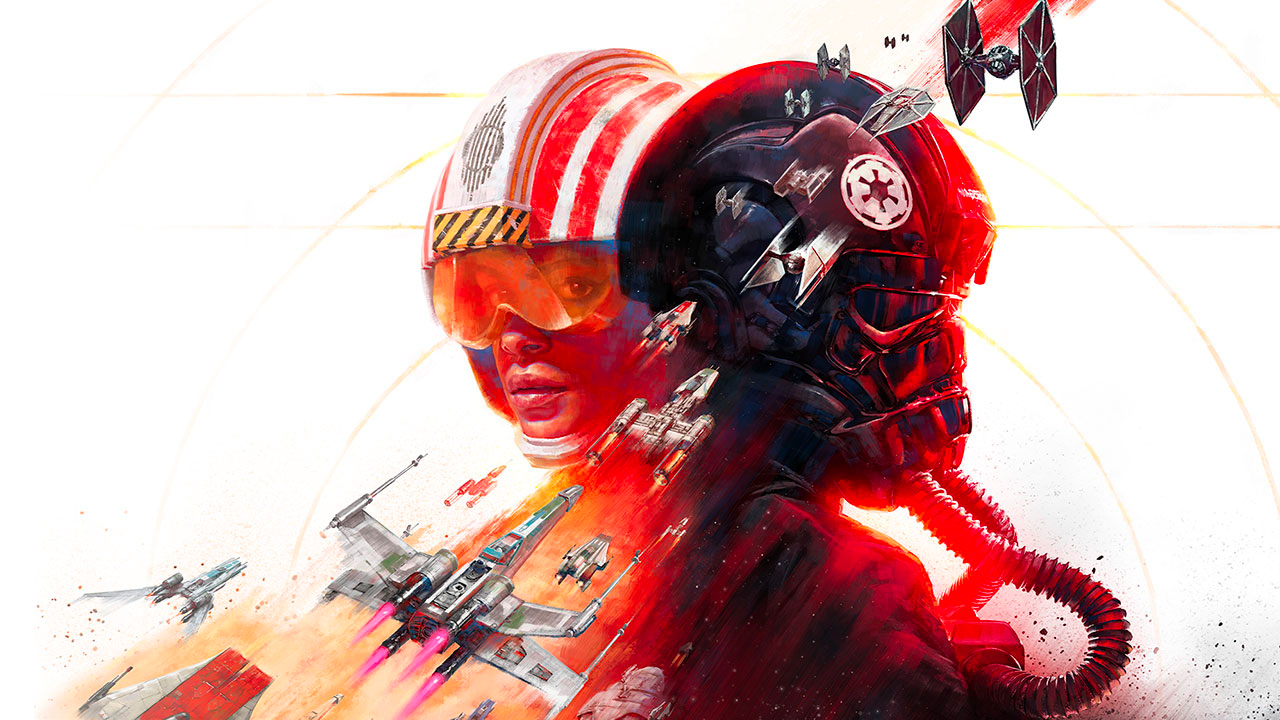 Star Wars: Squadrons is available to pre-order now, with both physical and digital copies of the game available. EA Access and Origin Access Basic subscribers can try the game out at no cost with up to 10 hours of playtime at launch. They’ll also receive a 10% off discount for the game. Meanwhile, Origin Access Premier subscribers will get full access to the game for free as part of their membership. You can find more info on Origin Access membership options at the Origin Store.

Great contents. It provided an easy guide for players to place an order with a great offer. I gonna check it out for sure.

Chills! Thanks for sharing so much details. It seems that you are an expert at Star Wars. Good to know some bonus.

Campaign is being treated as training levels for pvp. I’ll get this game on sale. If the story is 4hrs long then I’ll wait till the game is on $4 sale

Thanks for providing such useful infirmation about Star Wars. I would like to play this game on my PC, and this new plot really attracts me！

This is abousutely a good news for STAT WAR fans including me!
I think this can be deemed as an episode of the Star War.

Star Wars: Squadrons could be pre-ordered is a good news, thank you for sharing this woderful news to us, I’ll gonner to buy it in the Steam.

Thanks for sharing such many details about Star Wars. The new version of the game attracts my attention greatly. I am looking forward to its emergence.

There are so many useful information and instructions. Thanks for your sharing and I am looking forward to more details and experiences of Star Wars.