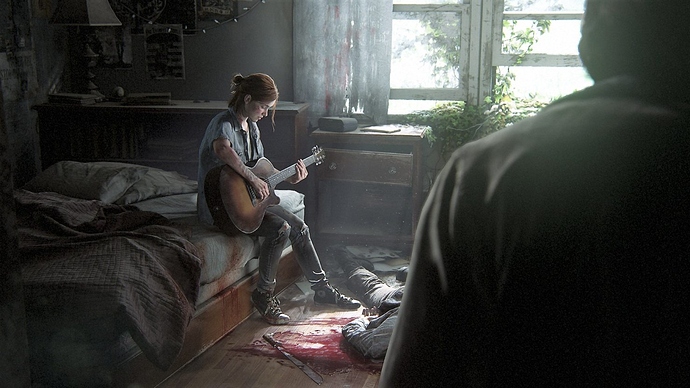 1480×833 175 KB
Following the incredibly strong debut in its launch week, which led to the game surpassing four million units sold globally in just the first three days according to Sony, The Last of Us Part II has held firm on the top spot of the UK’s weekly retail charts this past week as well.

According to GamesIndustry, which reports GfK data, The Last of Us Part II had a drop of 53% compared to the launch week but still kept its first place, ahead of the new entry Marvel’s Iron Man VR, also a PlayStation 4 exclusive (albeit for VR). Here’s the full Top 10 for the week ended on July 4th.
The Last of Us Part II package as a whole is much more to take in than any of Naughty Dog’s previous works and I don’t just mean that with the constitution needed to sit through the sheer amount of death onscreen. From the first time you pick up the controller to the last, the whole adventure marks the longest-running time in Naughty Dog’s history. My final hour count came close to the thirty-hour mark for a single playthrough. I will admit that there wasn’t a small amount of time spent scouring the corners of each combat arena and abandoned highrise apartment in search of trading cards and supplements but the entire narrative still isn’t much shorter than that.

The Last of Us Part II is bleak and at times leaves the player feeling hopeless as they play through one of the finest crafted pieces of gaming ever to grace a home console. This is one game that people will be talking about for a long time. 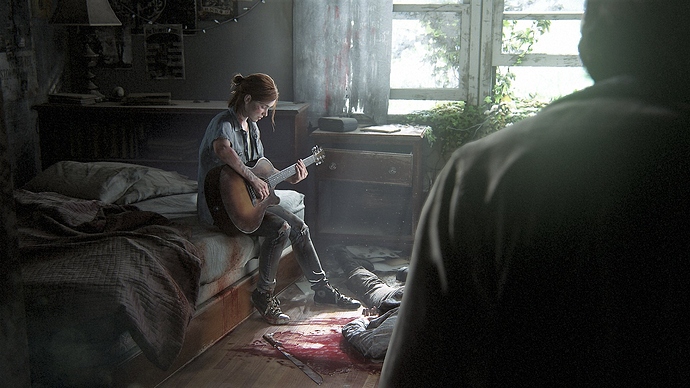 The Last of Us Part II Remains on Top of UK Charts with Iron Man VR Right...

In its second week since release, The Last of Us Part II remained on top of the weekly UK chart. Iron Man VR debuted in the second place.

Somehow I find that hard to believe.

Surprising to see so many people enjoy sadistic violence.

When you’re in Joel’s shoes, the ending is good, but from the world’s perspective, Joel is the villain.

Works that bring feelings and thoughts

This game is too sad. I don’t like it