The Witcher 4: Geralt's gone for good, it's definitely coming and everything else we know so far 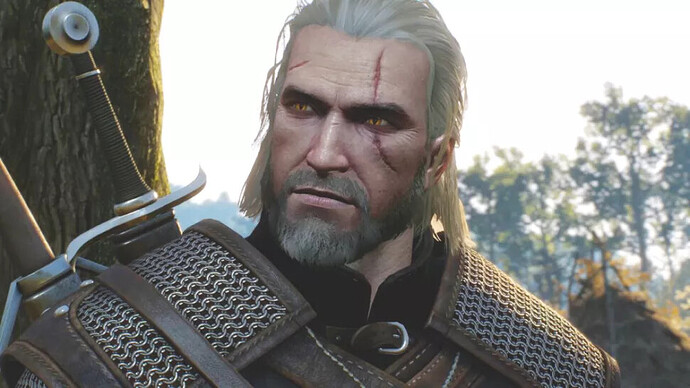 image970×546 121 KB
The Witcher 4 will eventually exist, especially as developer CD Projekt Red has basically said as much - even if that isn’t eventually its official name. Of course, it is currently working on Cyberpunk 2077 patches, various DLC releases, and the Cyberpunk 2077 PS5 and Xbox Series X releases, so we could be in for quite the wait to see what our next adventure in Rivia is like. However, the studio has gone as far as to talk about having a “relatively clear concept” for the next game, and that it plans to release another AAA game by 2021. Provided all the Cyberpunk 2077 performance drama hasn’t slowed things down, that could mean a new Witcher game relatively soon.

That doesn’t mean you should expect more Geralt, or even for the game to be called The Witcher 4 - the studio is clear that the original trilogy stands alone - but there are plenty of stories in the universe of The Witcher to explore.

For now, we’ll just have to keep binge-watching the Netflix series and reading the Dandelion fan fiction, but here’s everything we know so far.

What the devs are saying

Well, well, well. What else do we know that CD Projekt Red is working on? A new Witcher game? Specifically The Witcher 4? Oh hell yes. CD Projekt Red CEO Adam Kiciński has already basically confirmed that there will be another Witcher game, it just won’t be called The Witcher 4, so it’s looking likely the next game is but a few years away.

“The first three ‘Witchers’ were by definition a trilogy, so we simply could not name the next game ‘The Witcher 4’. This does not mean, of course, that we will leave the world of The Witcher,” said Kiciński in an interview with Bankier.

“The Witcher is one of two franchises on which to build the future activities of the company,” he adds. " Today, unfortunately, I can not reveal anything more."

With The Witcher 3, developer CD Projekt Red created a glorious, huge and utterly explorable fantasy world that told tales players will be talking about for years to come - including talk of unicorn sex. It took the Witcher series to a height of success it had never seen before, making it’s scarred, white-haired hero Geralt a bit of a star.

We all love the way CD Projekt Red deals with DLC too. For Witcher 3 (one of the best RPG games of all time), it gave us 16 free downloadable content packages with the 10-hour expansion, Hearts of Stone in October 2015 and then the beefier second expansion, Blood and Wine, in May 2016. Once you lock yourself into The Witcher 3’s world, it is incredibly easy to just stay there.

The latest gossip is direct from CD Pro jekt Red president Adam Kiciński, who said in March 2020 to a group of journalists (via Eurogamer Poland/PSU) that a “relatively clear concept” has already been staked down for the next entry in the Witcher series, but that full production would kick off “immediately” after Cyberpunk 2077 hits the shelves.

That’s on top of official CD Projekt Red forum moderator Donata Popławska recently confirmed that “as far as the strategy of the CD Projekt Capital Group for 2016-2021 is concerned, its plans to release the second AAA game by 2021 remain unchanged. We are currently focusing on the production and promotion of Cyberpunk 2077, so we do not want to comment on further projects." (You can view the translation here.) That smells like The Witcher 4 to me, and some time before 2021.