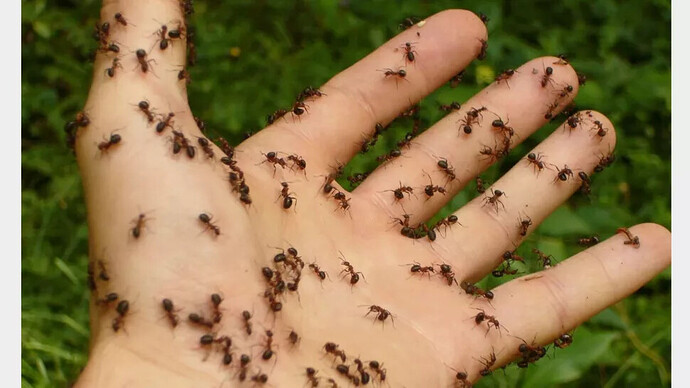 image970×546 109 KB
Having been away for a month, this Reddit user waddled home in the hopes of getting some PC gaming in only to discover his CPU and GPU had been overrun with what commenters have identified as ‘crazy ants.’

Best CPU for gaming: the top chips from Intel and AMD
Best graphics card: your perfect pixel-pusher awaits
Best SSD for gaming: get into the game ahead of the rest

After a drawn-out session of pulling apart his rig in a panic, blasting them maniacally with compressed air, and putting it all back together again the ants appear to have regained their new territory. He’s now taken to oiling parts of it up to prevent them from crawling up.

It’s a strange day when you have to lube up your PC just to get some gaming done, but it’s likely going to take more than that to deter these creepy crawlies.

Apparently these kinds of ants are notorious for getting into electronic devices. All across the net are strewn stories of their marching not two-by-two, but in apocalyptic numbers, towards tech. They nestle themselves deep within the circuitry of TV’s, vacuum cleaners, and monitors alike, and thrum along with the electricity like they’re feeding off it (they aren’t, for the record).

A Texas entomologist told the New York Times “You figure these stories are laced with hyperbole, but when you get in there, it’s unreal.”

Piles of dead ants will accumulate around infestation sites “like coffee grounds”—sometimes the size of molehills. These are called ‘middens’, and are actually intentionally designed gravesites for their fallen kin.

If you know anything about ants, you’ll know that killing an ant doesn’t deter further infestation. It’s not like hanging pirates along the shoreline to ward off potential raids. No, the pheromone released upon an ant’s expiration (oleic acid) just serves to attract more of the buggers. One little splatted creature will often result in a swarm of vengeful brethren, running to their fallen comrades’ aid.

Ok, so it’s less to avenge their fallen kin, and more as a defence mechanism to protect the rest of the colony by disposing of the corpse. Either way, should this happen to you: don’t try squashing them, it will just perpetuate the cycle.

The most logical advice being doled out in the comments section is to bag the PC up for a number of weeks until the blighters suffocate. Not only does this prevent the pheromones from escaping as they drop off, it also gives you time to get the rest of the house fumigated by professionals.

With this species in particular, it looks like there’s no real way to deal with an infestation yourself without making the whole ordeal ten times worse.

Still, we can only laugh when things like this happen, lest we cry. One commenter gave a fitting nod to the number of bugs encountered in Cyberpunk 2077 when it first came out, and we can appreciate that. Props to JR3D-NOT.