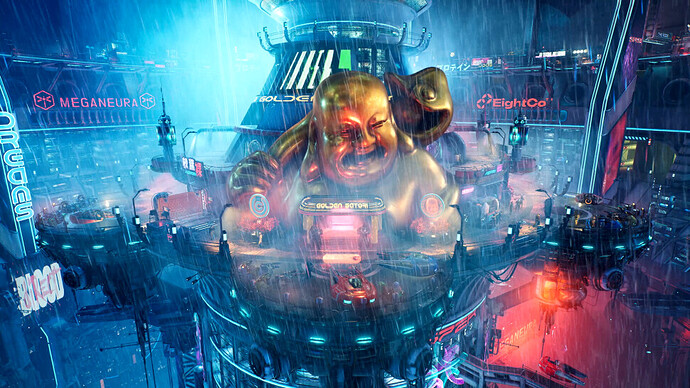 image970×546 240 KB
The Ascent is an action RPG set in a huge cyberpunk city. I know, I know, it’s a potent combination of words. Before you leave, just watch the new trailer. I think this is one to safely keep tabs on.

You can play the whole thing solo or with three friends, for one, and the world just looks so dirty and alive. NPCs aren’t ghostly automatons. They have collision and react to the action, cowering or running away whenever it breaks out, which can be anywhere apparently. I love the scene 48 seconds in: A cluttered, grimy kitchen full of staff erupts into gunfire, the unarmed characters scurrying off in every direction. The action looks decent too, especially with co-op partners in mind.
Depending on what kinda gear and augments you equip and what skills you spec towards, you can deploy stuff like force fields or those wild mechanical octopus arms that fling around robots like action figures near the end of the trailer.

The Ascent also feels a bit more classically cyberpunk than recent games. Things are run by megacorporations, there’s dirt and neon and synthesizers, but the tone hits a bit looser and more tongue-in-cheek. At the start of the trailer, an AI announces to newcomers of Cluster 13 on Planet Veles, “Behave, or I’ll have you fucking recycled.” Looks like the 'tude will be strong in The Ascent. Let’s just hope the stories within and RPG systems are as good as the rest of it looks.
News comes from https://www.pcgamer.com/this-upcoming-co-op-cyberpunk-rpg-looks-cool-as-hell/