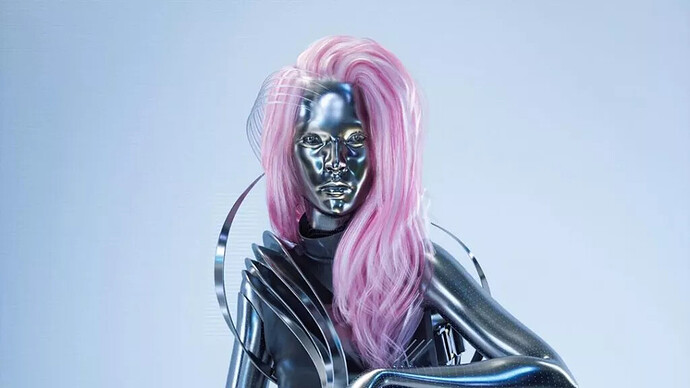 Here’s everything you need to know about the artist and her role in the game, from her reveal as a Cyberpunk 2077 character at The Game Awards in 2019 to what we know about Lizzy Wizzy so far.

Cyberpunk 2077 Grimes: What we know about Lizzy Wizzy

Well, her first release was a concept album based on Dune. She’s recorded with Janelle Monáe, who has her own multi-album cycle about a future where androids are second-class citizens. And there’s a song on Grimes’ latest album called Idoru, named after a William Gibson novel in which the lead singer of a rock band declares his intent to marry an AI pop star. She has some science-fiction credentials is what I’m saying.

REACH IMMORTALITY WITH THESE CYBERPUNK GUIDES

In 2019, Grimes performed her song 4ÆM at the Video Game Awards, and CD Projekt Red announced that she would be voicing the character Lizzy Wizzy in Cyberpunk 2077. In a subsequently deleted livestream she accidentally dropped some spoilers in response to a question about the role, saying, “I play a pop star who committed suicide on stage, and they had to quickly come and perform emergency surgery and replace her whole body with cybernetics while she was dead for an hour. And then she finished the show as a cyborg. One of the greatest pieces of performance art ever made.”

We saw Lizzy Wizzy in various trailers with various looks across Cyberpunk 2077’s promotional cycle. She was the mohawked chrome pop star stepping onto the red carpet, and the influencer livestreaming the installation of her own cybernetic jaw, as confirmed by quest designer Patrick Mills. More recently, she’s been depicted with long pink hair and a chrome total dermal replacement as an example of the setting’s neo-kitsch style.

These may be examples of a character design being altered during development, or they may simply be her different looks—one of the things we know about Lizzy Wizzy is that she has full-body cybernetics after all. At one point in the style trailer she even comments on her new cybernetics, saying, “Oh shit, these hands. Seems like I just brush something and sparks fly.”

What else do we know about Lizzy Wizzy? She lives in Night City’s wealthy North Oak district, is famous as a braindance performer as well as a singer with a backing band called The Metadwarves, and has a song called Delicate Weapon that’s featured on the soundtrack.